Bengaluru Sonic Boom: Hrithik Roshan's Reply To Whether He Called His Alien-Friend 'Jadoo' On Earth is Epic! 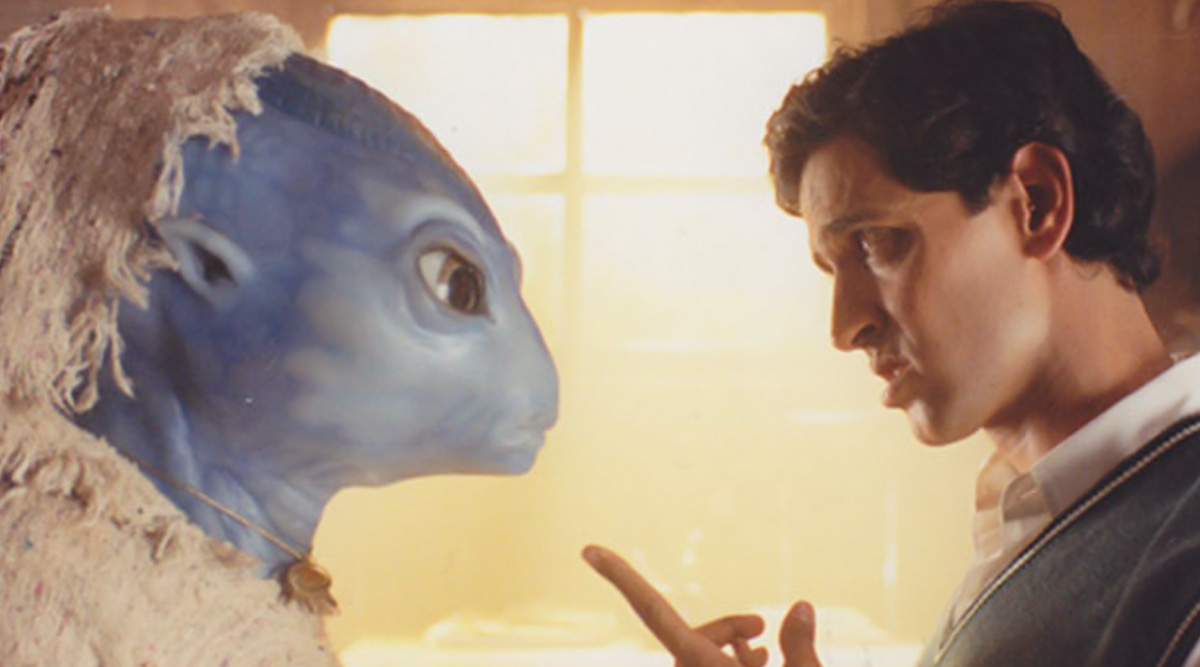 Bengaluru woke up on Wednesday to rather experience an amusing thing. Around 1.25 pm, the residents in the city heard a huge noise in the sky which sounded more like a fast-pacing aircraft. However, nothing was visible and many termed it as the sonic boom of a spaceship or earthquake! Soon started the rumours and jokes about 'Aliens' invading earth. Of course, desi fans could not help but relate it to the friendy on-screen alien in Hrithik Roshan's Koi Mil Gaya aka Jadoo. Bengaluru Sonic Boom Was Triggered by Indian Air Force Fighter Jet Test Flight.

Netizens cracked hilarious jokes and posted memes related to this dear character. But things went to the next level when a fan directly posed a question to Hrithik himself.

In the film, Hrithik is seen playing a signature tune to call the alien on earth whom he later befriends. A fan tweeted to the actor, "Hey @iHrithik , is that you who called #Aliens by mistake again? #earthquake." On this, pat came a witty reply from the actor saying, "Wasn’t a mistake . It’s time." Now that's something no one expected from him to say!

Meanwhile, the mystery of the sound has now been solved. The sound was nothing but a a routine IAF Test Flight. "Was a routine IAF Test Flight involving a supersonic profile which took off from Bengaluru Airport and flew in the allotted airspace well outside City limits. The aircraft was of ASTE," said the official statement released by the Ministry of Defence.