Shraddha Kapoor is all set to follow the footsteps of late actress Sridevi. She going to be the new-age ‘ichhadhaari naagin’. 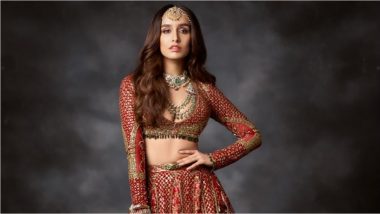 Shraddha Kapoor is all set to follow the footsteps of late actress Sridevi. She going to be the new-age ‘ichhadhaari naagin’. This iconic role was portrayed by Sridevi in Nagina (1986) and Nigahen (1989). And now it would be Shraddha who is all set to essay this popular on the big screen. This untitled project will be helmed by director Vishal Furia, the one who is known for directing the Marathi horror drama Lapachhapi. Stree: Shraddha Kapoor, Rajkummar Rao Film Releases in Japan.

About this upcoming project, Shraddha Kapoor shared on Twitter, “It’s an absolute delight for me to play a Naagin on screen. I have grown up watching, admiring and idolising Sridevi ma’am’s Nagina and Nigahen and have always wanted to play a similar role rooted in Indian traditional folklore. @Nikhil_Dwivedi #VishalFuria.”

Shraddha Kapoor To Be Seen As The New-Age Naagin 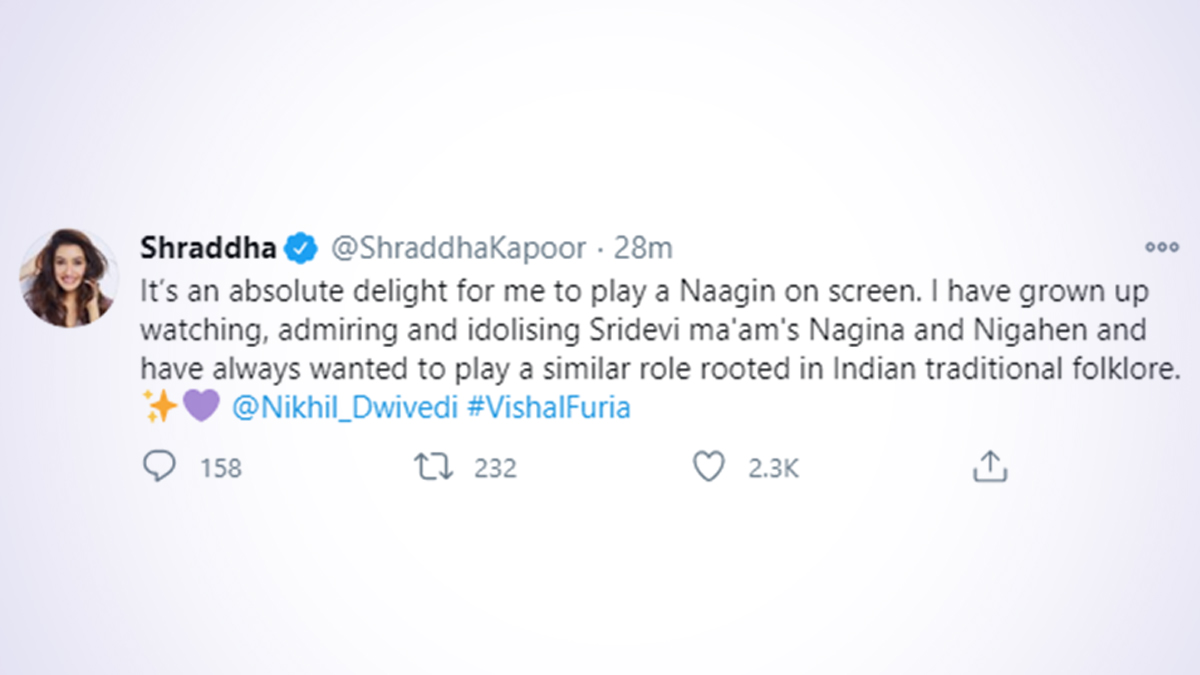 Besides Sridevi, the other actresses who have played a similar role in the past include Vyjayanthimala, Reena Roy and Rekha. The upcoming project is a three-film series that will be bankrolled by by Nikhil Dwivedi under the banner of Saffron Broadcast & Media Ltd. The role of Naagin has always been an iconic character and it would be fascinating for the audience to see Shraddha Kapoor play this role. The makers are yet to announce when this untitled project will go on floors and the release date they are eyeing.

(The above story first appeared on LatestLY on Oct 28, 2020 11:27 AM IST. For more news and updates on politics, world, sports, entertainment and lifestyle, log on to our website latestly.com).