Hear, Hear! Salman Khan Claps Back at the Unsavoury Comment Made on Hina Khan’s Cannes Appearance 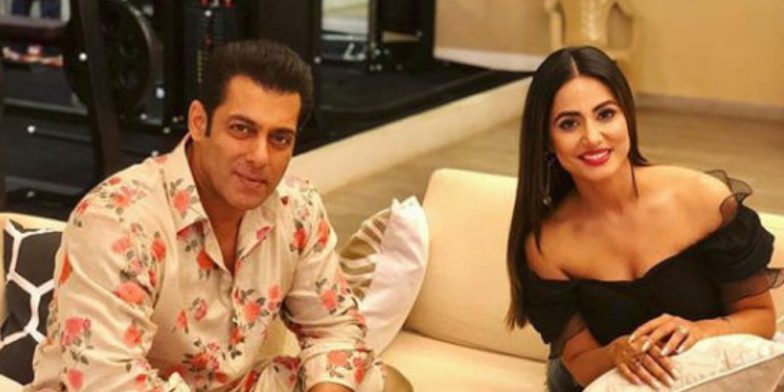 Hina Khan was a very popular name already, thanks to her 7-years long stint on the daily soap, Yeh Rishta Kya Kehlata Hai. And if there were still any Indians who did not know, they learned and how about Hina Khan through Bigg Boss 11. The actress knows only one way to go - up. She is currently promoting her film debut at Cannes Festival 2019. It is such a big moment for the fans of Akshara that their beloved actress who played the popular character is at the French Riviera. Well, not everyone thinks on the same lines. Jitesh Pillai, editor of the popular film magazine, Filmfare, recently took a dig at Hina Khan by wondering if Cannes has turned into Chandivali Studios. A joke that people only fluent with Mumbai's studio culture would understand. Chandivali Studios to Cannes 2019: Hina Khan Is a ‘Proud Outsider’.

Artists like Karnvir Bohra and Arun Bijlani have already hit back at the popular editor. Now, clapping back at him is none other than Salman Khan, who was the host of Bigg Boss 11 on which Hina was the first runner-up.

Salman was talking to the media at the launch of the new song from Bharat. Knowing his connection with Hina, Salman was obviously asked to comment on the social media controversy. "This is very responsible of the editor to make a comment like that, so thoughtful. I don’t understand what did he want to say? Cannes is Chandivali or Chandivali is going to Cannes," Salman said.

Well, Salman is indeed popular for saying the most by using the least amount of words. At the time of writing this article, Jitesh has apologised to Hina on Instagram and has said that his comment was majorly misconstrued. Hina had also gracefully replied to the entire episode. More power to you, Hina Khan.