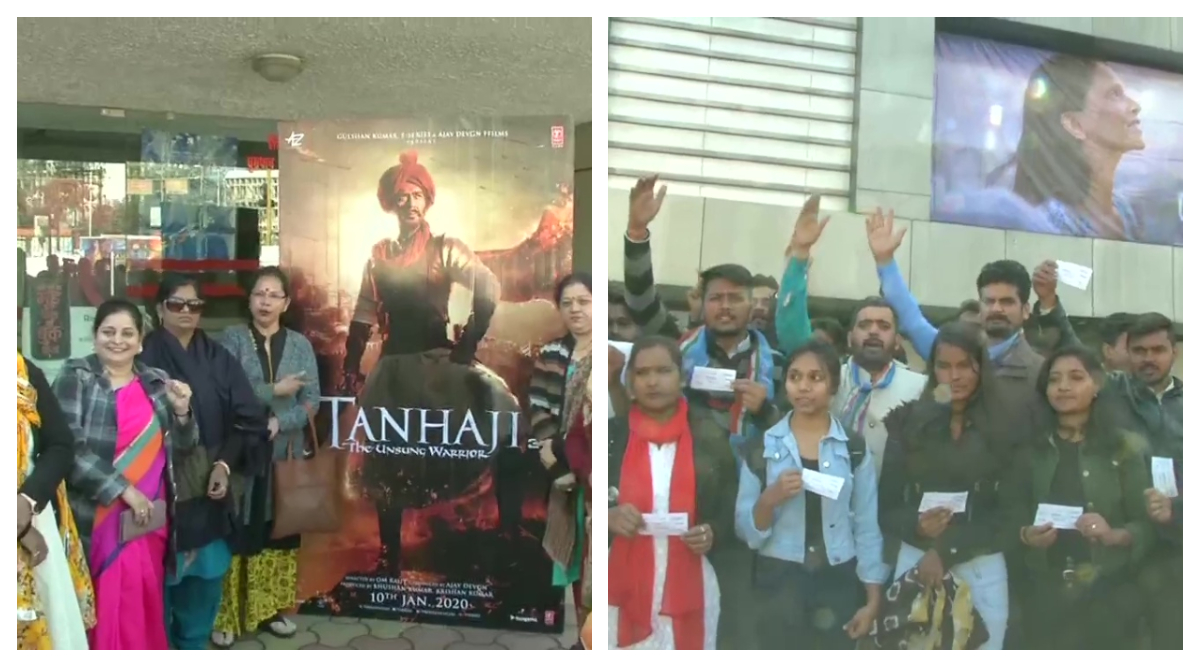 Deepika Padukone's Chhapaak and Ajay Devgn's Tanhaji: The Unsung Warrior have opened in theatres on the same day. Both the movies have a good buzz going on. Fans are, of course, backing their favourite of the two. But after Deepika's solidarity with Jawaharlal Nehru University students, right-wingers have not only called for a boycott on the film but been also promoting Tanhaji tirelessly. Which brings us to this very interesting thing happening in Bhopal, Madhya Pradesh. Members of National Students' Union of India (NSUI) in the city are distributing free tickets to Chhapaak. And, on the other hand, BJP workers are distributing free tickets for Tanhaji. ANI has shared the pictures of both the sides on their Twitter handle.

Clashes at the box office have become quite a talking point in Bollywood in the recent years. Clashes have been happening since years because of the sheer number of movies that the industry produces. There have been instances when both the movies that release have been a big hit, point in case - Lagaan and Gadar - Ek Prem Katha. Sometimes only one movie succeeds, as in the case of Saawariya and Om Shanti Om. But THIS has got to be a first. Political groups coming out in support of a film out of two release on same day is intriguing.