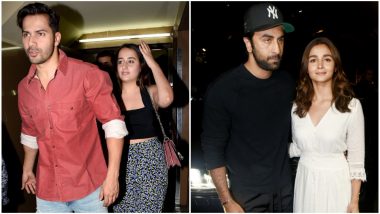 Love is in the air for Bollywood's most adored couples. After Tiger Shroff and Disha Patani were clicked enjoying a late night show of Student of the Year 2 last night, today belonged to Ranbir - Alia and Varun - Natasha. These lovebirds were clicked at different movie screenings tonight and we wonder if they have any other plans to mingle together. While Malaika Arora was present to cheer for her beau Arjun Kapoor at India's Most Wanted screening, Varun was quick to join them with girlfriend Natasha Dalal. Since the 2 States actor shares a great rapport with Dhawan Jr, it wasn't surprising him to find his name in the guests' list. Ranbir Kapoor and Alia Bhatt Get Caught Smiling and Chatting at the Airport, What's Cooking? (View Pics). 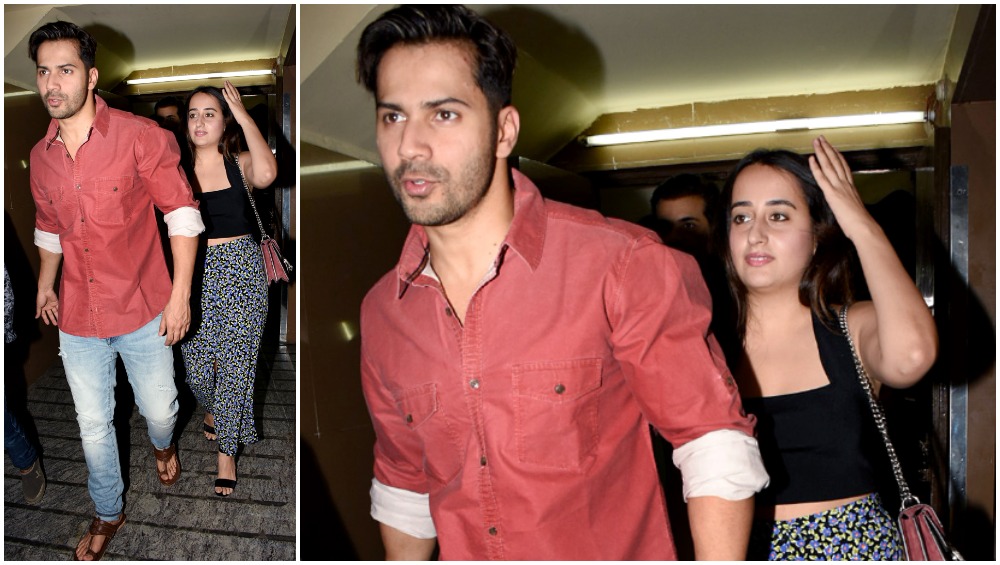 However, Alia and Ranbir preferred Ajay Devgn's De De Pyaar De over India's Most Wanted as they were seen at the former's screening. Since RK Jr is about to collaborate with Luv Ranjan and Ajay Devgn in his next, it was no brainer that he'd pick them over his good friend Arjun Kapoor. Earlier in the day, we saw 'Ralia' meeting Brahmastra director, Ayan Mukerji at Dharma Productions' office. Guess the couple had dedicated this entire day to each other and Alia's happy face is telling a no different tale. This Pic of Varun Dhawan Giving Girlfriend Natasha Dalal A Birthday Kiss Hits the Internet!

Arjun's India's Most Wanted is still a week away from its release. While Ajay's De De Pyaar De is busy receiving some rave reviews already. Let's hope these movies enjoy a good run at the box office for Salman Khan's Bharat is barely two weeks away from hitting the screens.

(The above story first appeared on LatestLY on May 16, 2019 11:55 PM IST. For more news and updates on politics, world, sports, entertainment and lifestyle, log on to our website latestly.com).