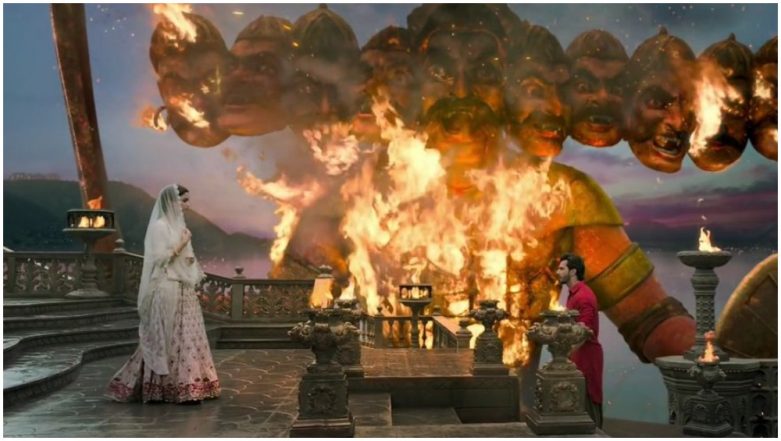 Karan Johar unveiled the teaser of the much-awaited movie, Kalank on March 12. The movie is said the be the dream project for KJo, whose father the late Yash Johar has once envisioned the movie. However, it would be 2 States fame Abhishek Varman who is helming the project, while Kalank is a period drama set during the partition era and features an ensemble cast. The movie marks the reunion of Sanjay Dutt and Madhuri Dixit Nene after a gap of nearly two decades. The younger cast comprises of Varun Dhawan, Alia Bhatt, Sonakshi Sinha and Aditya Roy Kapur. Kalank Teaser OUT! Alia Bhatt and Varun Dhawan's Undying Romance Is The Highlight In This Regal Family Drama (Watch Video).

The teaser gave us a lot of vibes from a couple of Sanjay Leela Bhansali films, especially the set decor and the costuming. But that is not the only inspiration here it seems. A very keen-eyed, or should I say, a keen-eared Twitter user also figured out that the BG score played when the actors' names are displayed in the teaser is similar to that of The Flash theme music. Kalank Teaser – Raazi, Baahubali, Dedh Ishqiya: Varun Dhawan-Alia Bhatt’s Period Drama Takes Us Back to These 5 Films.

Didn't get it? Watch the video below:

Now, it could just be a mere coincidence, but we can't get over how similar both the music score sound.

The Flash show is about a scientist who gets super-speed powers after an experiment goes wrong. The show is currently airing on CW is in its fourth season.