Karan Johar's Family Is Too Busy in 'Solving The Puzzle' To Pay Any Attention To Him! (Watch Video) 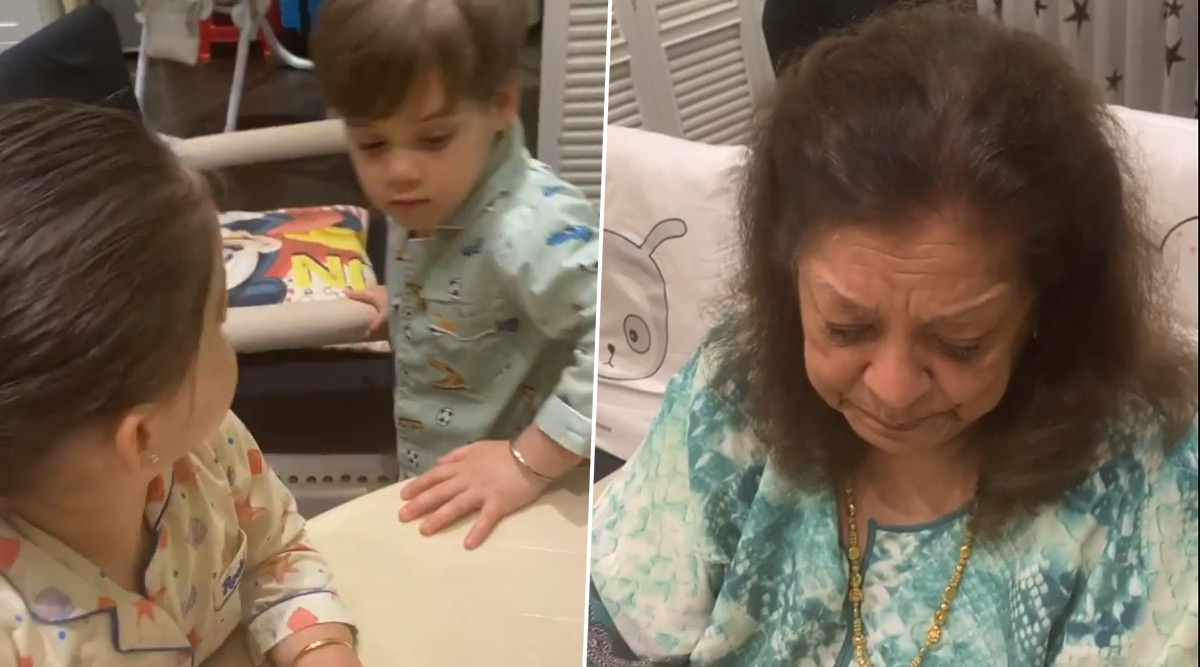 Bollywood director Karan Johar is right now just sharpening his Instagram game. He has been consistently posting on the platform since the lockdown. As he is home quarantined with his mother and kids, Yash and Roohi, his Insta-snippets are all about them. Yash and Roohi's cute shenanigans are loved by one and all, thanks to their adorable talks. However, in the latest video, they are not even in the mood to talk as they are solving a puzzle game! Karan Johar's Singing Gives Headache to Yash and Roohi, Check Out Hilarious Video!.

The Ae Dil Hai Mushkil director shared the video where in he is asking questions to his family. His mom can be seen immersed in trying to decode the puzzle game. KJO reminds her that she is playing with the game meant for three-year-olds and also showers some dramatic statements on her. But she and Roohi choose to ignore her while Yash is busy in his own world! What a cute scenario! The Dharma honcho also wrote in his caption, "Life is puzzling enough and then I have them!!! not giving me any attention! #lockdownwiththejohars. Check out the video post below. As Karan Johar Interacts With Son Yash, Daughter Roohi Cutely Video-Bombs Them!.

Life is puzzling enough and then I have them!!! ❤️ not giving me any attention! #lockdownwiththejohars

The lockdown is just a blessing only when it comes to spending time with family. As people are forced to ditch their super busy schedule, they are getting experience such beautiful moments with their loved ones! Well, hope to see more such innocent chat in Karan's lockdown series next!