Kick 2 To Go on Floors in 2020! Here's What You Should Expect From Salman Khan's 'Devil' In The Sequel 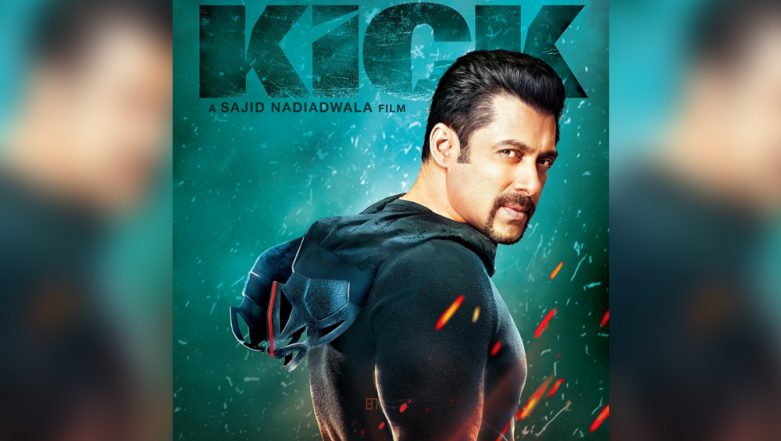 The fans are pretty much pumped about the Sajid Nadiadwala helmed Kick 2. The first installment, namely, Kick (2014) was loved by the masses. The 'Devil' portrayed by Salman Khan was mysterious and his chemistry with Jacqueline Fernandez was crackling. Naturally, the hype around the sequel is real. In a recent interview, it is now revealed the further plans about how the shoot of Kick 2 will shape up as it is all set to go on the floors in 2020. Dabangg 3: Move Over Munni, 'Munna' Salman Khan Is Set To Sizzle With Warina Hussain in a Peppy Track.

As told to Mumbai Mirror, a source informed, "There have been several brain-storming sessions to lock the premise of the story, which carries forward the franchise. They have finally zeroed in on the idea." Speaking of Salman's character, the source added, "The character is deeply layered. There’s a lot about him that has been left to explore. Devil’s character is extremely unpredictable. That is precisely what makes his role all the more unique. Sajid will further explore this side of the character in part two." Insane! Massive Crowd Gathers In Phaltan As Salman Khan Arrives To Shoot For Dabangg 3 - Watch Videos.

The film will be shot in India and abroad, just like the previous installment. The film also starred Randeep Hooda in a prime role. However, it has to be seen if he will be a part of the next installment or not. Meanwhile, the audience will once again get to watch Salman-Jacqueline reunite after their last outing together which was Race 3. The first draft of the flick is reportedly ready and the fans might soon hear some official announcement. Are you ready for a 'kick'ass story yet again? Stay tuned with us for more updates.