Neha Bhasin: Bollywood Probably Does Not Understand My Worth as an Artist

Singer Neha Bhasin has lately been concentrating on an independent music career lately. She feels Bollywood probably does not understand her worth as an artist. 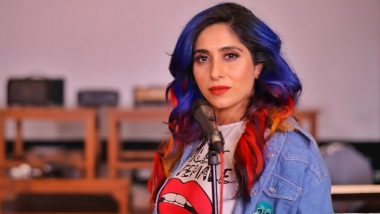 Singer Neha Bhasin has lately been concentrating on an independent music career lately. She feels Bollywood probably does not understand her worth as an artist. "I do not want to sing a random song, just because it is of a Bollywood film. I do not want to sing something if my heart is not in it. Having said that, I think so far all the songs I sang are massive hits because they are some of the great compositions and lyrically good. I think Bollywood probably does not understand my worth, it never did. I really made peace with that," Neha told IANS. Singer Neha Bhasin Talks About Being Sexually Abused Several Times In Her Life

The singer, who has delivered Bollywood hits such as "Kuch khaas", "Dhunki" and "Jag ghoomeya", however feels there is no dearth of good composers in the Hindi film industry. "I would say there are some of the good music directors like Vishal and Shekhar and Salim-Suleman. People like them are making good music and are interested in working with me. But in the last one year, not much original music happened in Bollywood, it is all about remix. I do not want to do that, I have no reason to sing such songs, really," she said. Neha Bhasin Birthday Special: 7 Chartbuster Tracks of the Versatile Singer That Will Get You Groovy and Emotional!

Neha started her journey as a singer with the Channel [V] all-girls pop band Viva before going solo. Recently, Neha released her new music video Tu ki jaane, in which she not only lends her voice but also appears in the video alongside model Bardeep Dhiman. "I think this is the right time for independent music. I think the time will come when film music will have more to do with background score. The indie scene will grow again. The lockdown has changed a lot of things including the way people perceive art today. I started my career as a pop star and playback singing was never my priority," she claimed.

(The above story first appeared on LatestLY on Jan 20, 2021 10:31 PM IST. For more news and updates on politics, world, sports, entertainment and lifestyle, log on to our website latestly.com).