Had Kalpana Chawla been alive, she would have turned a year older today. And on her birth anniversary today, we have got you great news. Reports online suggest that Priyanka Chopra, who has been finalized for the Kalpana Chawla biopic will start work on it next month. 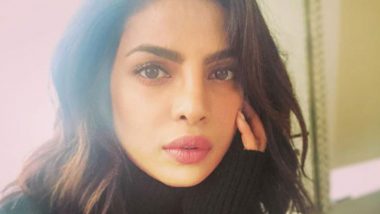 Reports online suggest that Priyanka Chopra, who has been finalized for the Kalpana Chawla biopic will start work on it next month. According to reports, PeeeCee has wrapped up the third season of Quantico season 3 and will be returning to India next month. She is yet to finish shooting for a couple of scenes of the Hollywood films she is part of. Once the actress is done with that, she will come to India for a good 3-4 months to shoot for her film.

Even though PC hasn’t officially announced that she is a part of the project, buzz is strong that she has bagged the lead role. Debutante director Priya Mishra too had earlier told a leading daily, "I have been working on it for the past seven years. A new production banner will back the project." Insiders later confirmed saying, "Priyanka's team has been involved in the project and have been planning the legwork of the film for past one year."

For all those who don't know, it is Kalpana Chawla's birthday today and this piece of information about the biopic going on floors makes it all the way more special.

Also, a couple of days back, when Priyanka was LIVE on Instagram, Ranveer Singh asked her when would she be returning and she had commented by saying, ‘almost happening’. So yeah, all you Priyanka Chopra fans out there, we bet this piece of information has got you excited! Stay tuned to LatestLY for more updates…

(The above story first appeared on LatestLY on Mar 17, 2018 08:44 AM IST. For more news and updates on politics, world, sports, entertainment and lifestyle, log on to our website latestly.com).