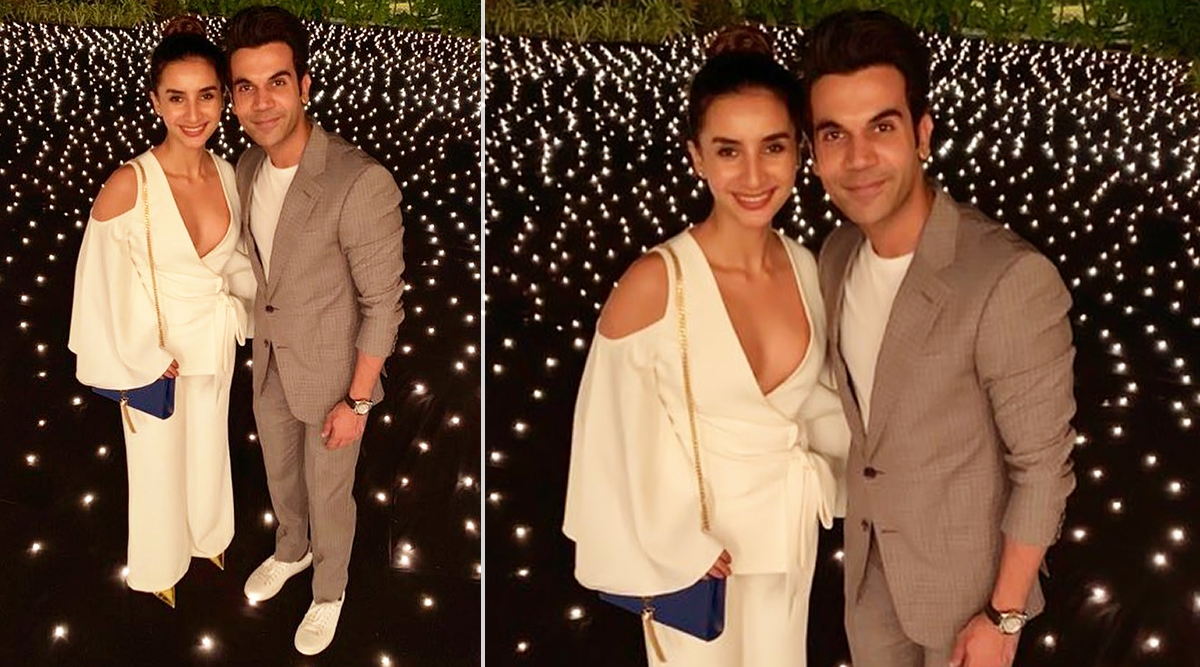 Be it the celebs or commoners, everyone welcomes every New Year with much grandeur and happiness. Some stick to house parties while many of them rush to clubs, and there are few who even decide to fly overseas to enjoy the New Year. But there are some of them who do not end up making any plans and just have a normal day, but that’s okay. Well, New Year 2020 is around the corner and many must have made some kickass plans, already. Bollywood’s adorable couple Rajkummar Rao and Patralekhaa have also made some perfect plans for New Year 2020 and it would actually leave many couples green with envy and would even make you rework on your plans. Rajkummar Rao Turns 35, Girlfriend Patralekhaa’s Birthday Wish for the Actor Is All Hearts – View Pics.

Rajkummar Rao and his ladylove Patralekhaa have decided to celebrate New Year 2020 by heading off to an exotic location. This is indeed everyone’s dream destination – Europe. In an interview to BT the Stree actor has revealed how he and Patralekhaa would be celebrating New Year 2020. He was quoted as saying, “Yes, I am planning to head to Europe with Patralekhaa for 15-20 days. We’ve worked round the year and we need this time to unwind and return to work rejuvenated. Of course, work has also been accounted for and we’ve made sure that everything on that front is sorted when we’re on our much-needed holiday.” Rajkummar Rao and Patralekhaa's Pictures From Romantic Goan Vacation Will Tempt You to Book Your Tickets Right Away!

#Repost @officialhumansofbombay with @get_repost ・・・ “I saw him for the first time in LSD. I thought the weird guy he played was actually what he was like. My perception of him was tarnished! He told me later, that he first saw me in an ad & thought, ‘I’m going to marry her.’ It was so ironic! Once we began working together–it was magic. The kind of passion he had was powerful & I couldn’t respect him any more than I did then! We spoke about our work, love for cinema, passions… I saw him through his struggles, never giving up. How could we not fall for each other? We didn’t officially go on dates, but we’d go for drives, movies, or just sit at home. We accompanied each other for auditions, just for support. All we needed was that understanding. He’d often go out of his way for me. Once he was late to see me, so he ran all the way from the airport to Juhu! Not only that, but when we weren’t earning much, he gifted me my favorite bag–it was so expensive! Years later, someone stole it in London! I called him sobbing–for me, it was about the memories. He’d bought it for me when he didn’t have much. Later, at our hotel, the exact same bag was waiting for me. These little things make me realise how lucky I am for him. And the best part is, he always says he’s the lucky one. Isn’t that what a relationship needs? To remind each other how grateful we are? He told me once that after I met his mom, she said, ‘I have a feeling she’s the last one I’m meeting.’ She was right–we’ve been together for 8 years. We’re equals–when an article said, ‘Rajkumar with his girlfriend, Patralekhaa’, he retweeted–‘Patralekhaa with her boyfriend Rajkumar.’ I can tell you this, when you find the one–through the fights, hurdles & chaos, you should never forget to let them know you love them. It doesn’t have to be with expensive gifts & dates–it can simply be with the way you hold them while they need it & when they don’t. For us, we don’t know what the future holds, but this, being together, is enough.” __ HoB with Ek Ladki Ko Dekha Toh Aisa Laga bring you unexpected & heartwarming love stories which show that love is love & the world would be a better place if we #LetLoveBe

Don’t you wish to go somewhere? Planning to make an itinerary right away (if not made)? Well, carry on! It’s almost been a decade since Rajkummar Rao and Patralekhaa have been dating each other. We wish this couple all the love and luck for the New Year!