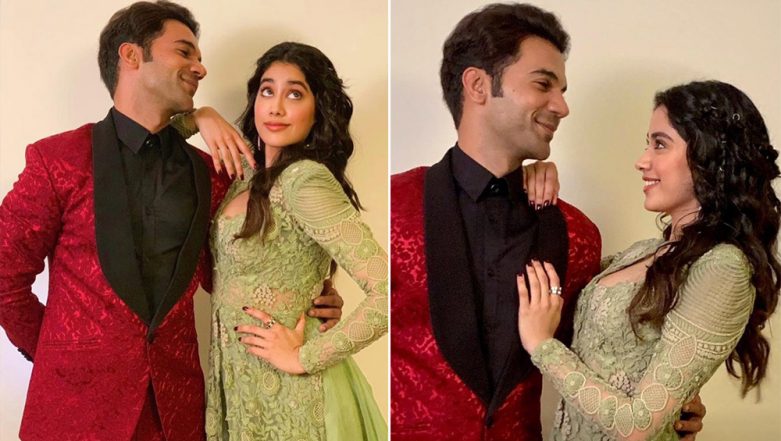 Mumbai: Rajkummar Rao is impressed by the professionalism and hardwork of newcomer Janhvi Kapoor, who is sharing screen space with him in Rooh-Afza. Shooting on the horror-comedy is currently underway in Agra after the crew completed their Manali schedule. The Hardik Mehta-directed film marks the maiden collaboration between Rajkummar and Janhvi. Janhvi Kapoor Begins Shooting for Roohi Afza Near Former PM Atal Bihari Vajpayee’s Ancestral Home

Talking about his experience of working with the young actor, Rajkummar said in a statement, "Janhvi is phenomenal. She is such a sincere and hardworking actor. I think what we have seen her in Dhadak is just a hint of her talent, she is way more talented than that." Khushi Kapoor Joins Sister Janhvi Kapoor in Uttarakhand as She Shoots for Roohi Afza – See Pics

Co-produced by Dinesh Vijan and Mrighdeep Singh Lamba, the film revolves around a singing ghost who puts grooms to sleep so it can possess their brides. Also starring Varun Sharma of Fukrey fame, Rooh-Afza is scheduled to be released in March 2020.