Shah Rukh Khan had earlier confirmed that he would be in the space drama directed by Mahesh Mathai. 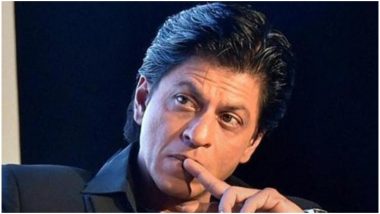 It is sad, sad news for all the Shah Rukh Khan fans! The superstar has reportedly opted out of the film 'Saare Jahan Se Achcha' which was also tentatively titled as 'Salute'. The film was based Indian astronaut Rakesh Sharma. The fans were all charged up to see SRK in this ambitious film directed by Mahesh Mathai. However, seems like the fate has something else in the store. The dimpled star walked out of the film for Farhan Akhtar's Don 3, as per the latest reports. Shah Rukh Khan: I Am Not a Perfect Actor.

Shah Rukh Khan has been quite vocal about this space drama which was earlier supposed to be done by Aamir Khan. However, Mr Perfectionist suggested his buddy to be in the film instead saying, "Shah, you should hear the script, it is fantastic. It will be right for you, if you like it."

Now, it turns out that even King Khan has decided to choose the third instalment was Don which was again a most-awaited film. The previous two instalments, helped SRK garner good reviews as the baddie. It has always been bliss to watch him in the negative characters right from Darr to Don.

After his previous film, Aanand L Rai directed Zero, he seems to be more cautious about making his junta happy! Despite a commendable experiment that he did in Zero, the fans probably are wishing to see the regular side of starry Shah and hence he probably chose this meaty film first. Whether he has said a final goodbye to the space film or has he just delayed it for a while is not yet confirmed. We hope that he is still considering to do this film, later if not soon.

(The above story first appeared on LatestLY on Jan 14, 2019 08:59 AM IST. For more news and updates on politics, world, sports, entertainment and lifestyle, log on to our website latestly.com).