Shahid Kapoor and Mira Rajput were clicked with Misha and Zain at the airport as they returned from their brief vacay. The actor is currently relishing the success of Kabir Singh while being the perfect family man that he is. 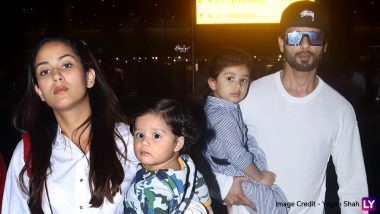 Shahid Kapoor is currently busy relishing the success of Kabir Singh and its phenomenal run at the box office. Viewers are raving about Sasha's brilliant act and the way he waited for 16 long years to receive this deserving recognition. He's the happiest man on this planet currently and a doting father who wants to make up for all his lost moments. The Haider actor was clicked at the Mumbai airport today evening as he returned with his family from their brief vacay. Kabir Singh Box Office Collection Day 8: Shahid Kapoor Starrer Records Highest Second Friday Collections in 2019, Beats Uri, Total Dhamaal.

Shahid and Mira looked gloomy as shutterbugs clicked their pictures at the airport. While Sasha had Misha in his arms, Zain was happy by his mother's side. The actor is strictly against media clicking pictures of his babies. He had advised not to click them without his permission and with flashlights on. Shahid is extremely possessive when it comes to his kids and we see nothing wrong in that. Mira Rajput Looks Monsoon Ready in her Recent Pictures with Shahid Kapoor. 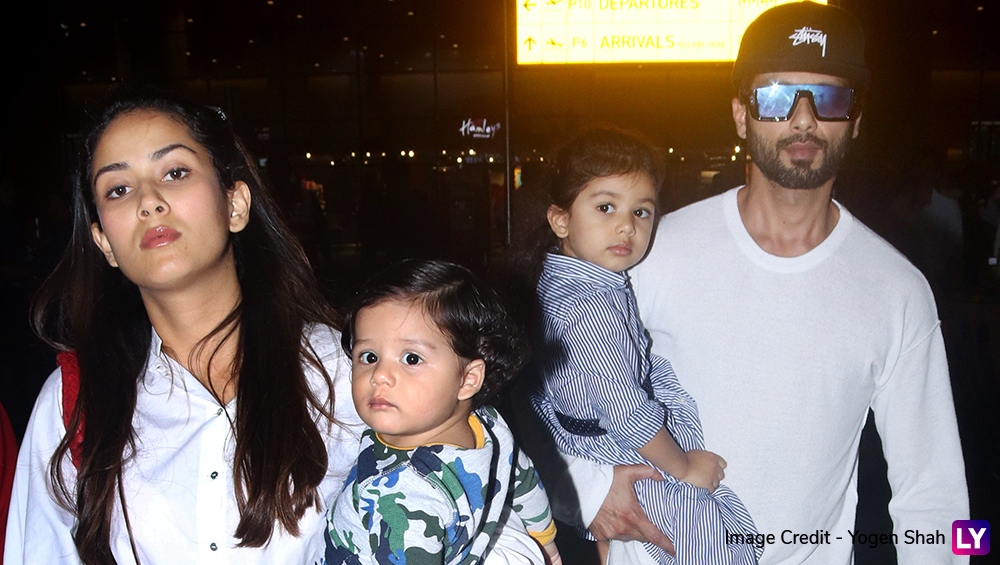 Shahid, Mira with Zain and Misha at the airport (Photo Credits: Instagram)

Shahid is currently enjoying his family time before he gets back to his hectic routine. The actor is in talks to star in a couple of projects - one among which is the remake of Nani's Jersey and later a movie with Ishaan Khatter. Well, let's hope he takes some wise decisions this time and let's pray for him to keep sharing pictures with is munchkins.

(The above story first appeared on LatestLY on Jun 30, 2019 10:22 PM IST. For more news and updates on politics, world, sports, entertainment and lifestyle, log on to our website latestly.com).