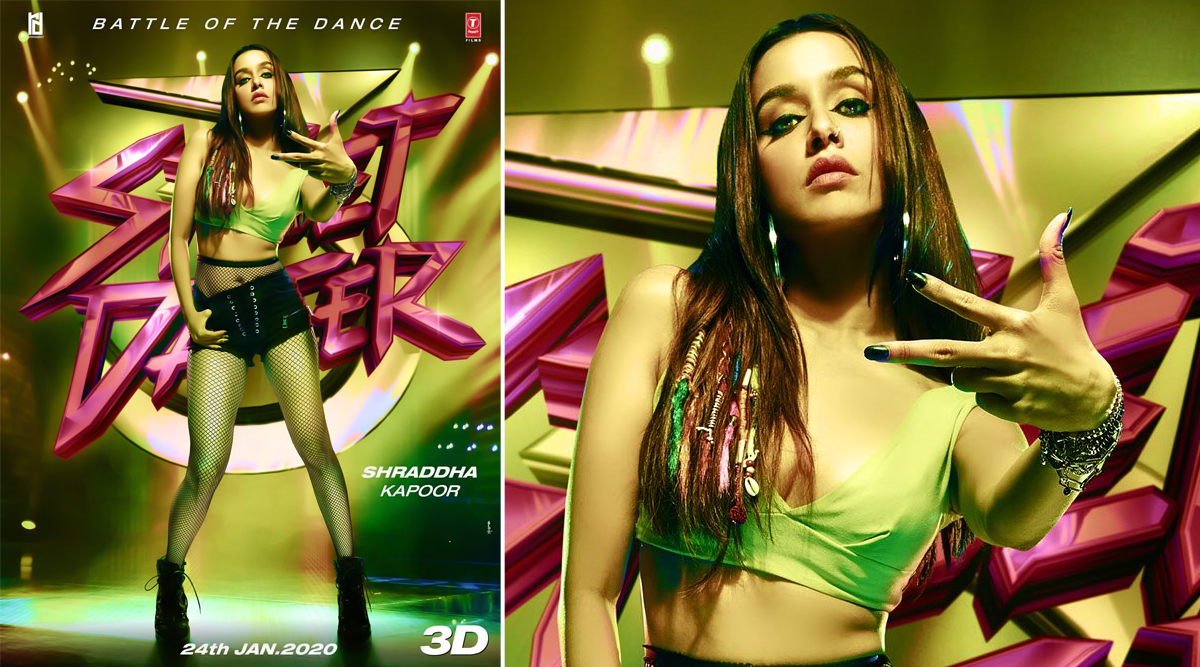 Shraddha Kapoor is back with a bang after her last huge outings, Saaho and Chhichhore. The actress has donned a new look for Remo D'Souza's next film, Street Dancer 3D. The film which has Varun Dhawan as the lead star has been in the news for the longest of time. The prominent cast of ABCD 2 has reunited for this dance drama and the first look of Shraddha's character has been revealed. Street Dancer 3D: Varun Dhawan Flaunts His Washboard Abs and a Killer Attitude on the New Poster Ahead of Trailer Release on December 18.

In the snap that is out, she looks bold and ready to take on the dance battle. She has clearly shed her cute, bubbly screen image for this film if we go by the looks of it. The stunner is seen in a green sports bra paired with black shorts and fishnet stockings. With heavy kohl-rimmed eyes, hoop earrings, nose ring and poker-straight hair, she looks like an entirely different person. Her ankle-length leather boots and pitch-black nail paint give a swagger vibe. Check out this fun poster below.

The poster also reminds the fans that the trailer release is just around the corner as it is hitting the internet on 18 December. Even though they have officially not called it so, the flick looks like the next installment of the ABCD franchise, minus that common title. As the name clearly suggests, street dance form will be the main focus of the film. Prabhudeva, Nora Fatehi, Shakti Mohan, Dharmesh, Punit Pathak, Salman Yusuff Khan, Aparshakti Khurana are also a part of the film. It will hit the screens on 24 January 2020 clashing with Kangana Ranaut's sports drama, Panga. Coming back to the new look of Shraddha Kapoor, how did you like it?