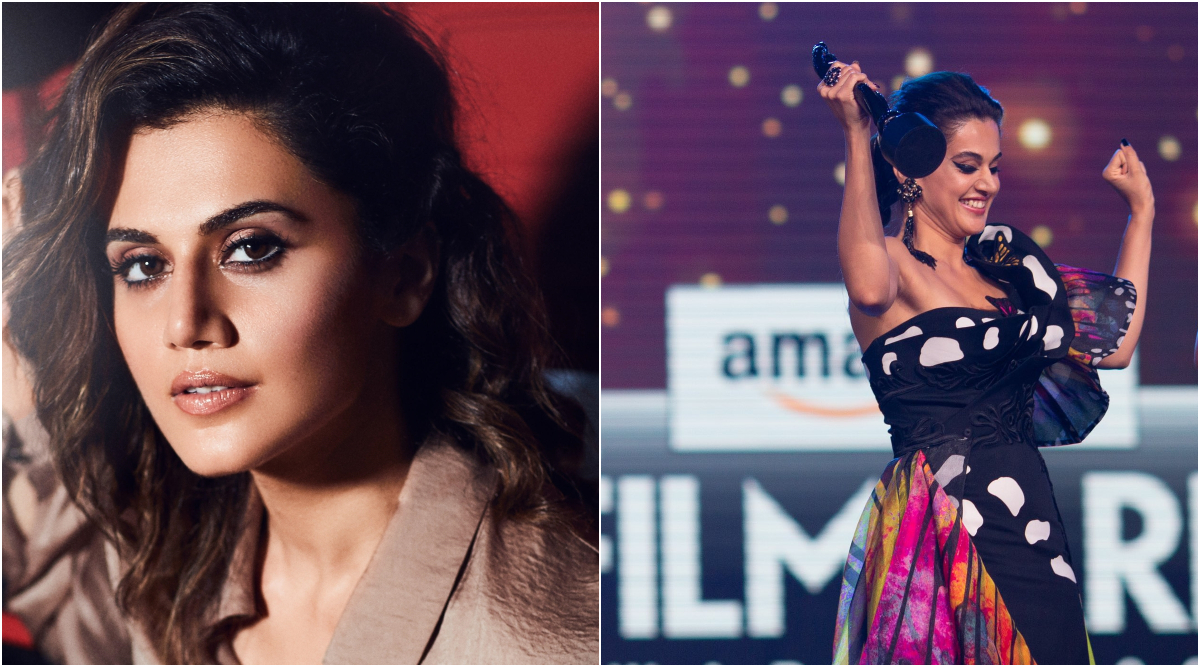 Taapsee Pannu is one of those amazing actresses who never fails to shut anyone up for their sexist comments, be it an industry person or internet trolls. The actress is currently on cloud nine as she took home the black lady after winning the best actress critics choice honour for her performance in Saand Ki Aankh and sharing it with her co-star Bhumi Pednekar from the film. While several fans were congratulating Taapsee Pannu on her big win, Bollywood producer Tanujj Garg too took Twitter for the same but had a rather foot in the mouth moment with his comment. Filmfare Awards 2020: Fans Unhappy With Gully Boy’s Award Frenzy, Share Funny Memes and Jokes on Twitter (View Tweets).

Congratulating Taapsee on her award, he tweeted saying, "Congrats to the powerhouse @taapsee, humaare #Bollywood ki female Ayushmann Khurrana. #SaandKiAankh #bestactress." This comment, of course, did not go well with Taapsee who found the right response to it. The Thappad actress wrote, "What about calling me bollywood ki pehli Taapsee Pannu?” Taapsee's response is now winning the internet as several users further backed her saying that a women's achievements need not be compared to men and also that men's achievements should not be considered as benchmarks.

What about calling me bollywood ki pehli Taapsee Pannu 💁🏻‍♀️

Several users had already commented on Garg's post after they disagreed to his comparison. A user wrote, "Why does she has be compared to a man to show her achievement? Why does she has to be compared with anyone? She has done enough to be known and acknowledged by who she is! It’s Taapsee." Hailing her response, another user commented saying, "Slayyyyyyyeeedd! What a befitting reply! Smashed the misogyny out of a sexist producer. Internet gone crazy!!"Looks like, Taapsee not only won the award but also won the internet with her attitude!