Tiger Shroff has seen failures but he still the darling of the box office. So what's his appeal? We decode here. 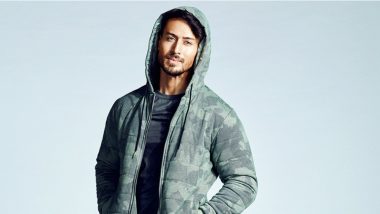 Tiger Shroff turns 30 today. He is all of eight films old but his box office charisma is unmatchable. He is nothing short of a case study. An actor who doesn't look anything like Bollywood's standard of lead heroes, not only makes successful movies but creates blockbusters. Many actors take years to reach that position but the young Shroff has already excelled in it. In fact, in 2019, his movie War became the highest-grossing Hindi film in India, something that even Salman Khan's two releases couldn't claim. We agree there was the mighty Hrithik Roshan in the movie but what's a hero without an equally menacing nemesis. Heropanti 2: After Bachchan Pandey Poster Fiasco, Did Sajid Nadiadwala ‘Borrow’ Tiger Shroff from Baaghi 2 for The HP2 Poster? We Think So!

So what draws people to Tiger Shroff's movies and makes him a box office sensation? Let's list out 5 reasons.

Tiger may be young but he knows exactly how he to create a niche for himself. He chose action and doesn't want to move away from it. Action is a genre that was getting the step-fatherly treatment a few years back. Although Salman Khan, Akshay Kumar and Ajay Devgn's movies did feature many stunts, they weren't out and out actioners. Tiger gave a new lease of life to this somewhat neglected genre which was a rage in the 90s. He was mightily rewarded for it too. Baaghi 2 did better business than Shah Rukh Khan's Fan, need we say more?

#Playing to the gallery

Salman is known to dish out exactly what his audience wants from him. He knows how to play to the gallery and Tiger has picked up that skill pretty well. He is aware of the fact that whenever he has experimented with his roles, he has faltered. Case in point Student Of The Year 2. Alternatively, he has also failed he tried to be the jack of all trades in movies like Munna Michael and A Flying Jatt. So he sticks to the genre that has given him everything - name, fame, and following.

Whatever may be the reason, Tiger enjoys a loyal fan following which includes a large number of kids. The latter is the section of audience Bollywood hardly takes seriously. So he manages to please the set number of people who adore and he is happy with that. Guess that's also the reason why SOTY 2 may not have been a hit but it recovered its cost.

Tiger admires Hrithik Roshan because the latter is a package deal. He has looks, he can act, he can dance, basically, Hrithik can do just about anything. Tiger has strived to do the same. When it comes to action and dance, Tiger truly comes only second to Hrithik in the industry now. Box office always likes variety in monotony, Tiger aces it.

Tiger has always been this reticent shy actor even in interviews. There are many who love that humble side of him. That adds an edge. Also, Tiger has been the butt of all jokes since Heropanti. He has taken all of it in his own stride which makes him even more popular.

So Tiger may not be a complete package but he is definitely a winning combo of dance, action and some histrionics. Baaghi 3, here we come!

(The above story first appeared on LatestLY on Mar 02, 2020 08:00 AM IST. For more news and updates on politics, world, sports, entertainment and lifestyle, log on to our website latestly.com).