Varun Dhawan Says Kalank Was a 'Bad Film' But Strays Away From Blame Game, Calls it a Collective Failure 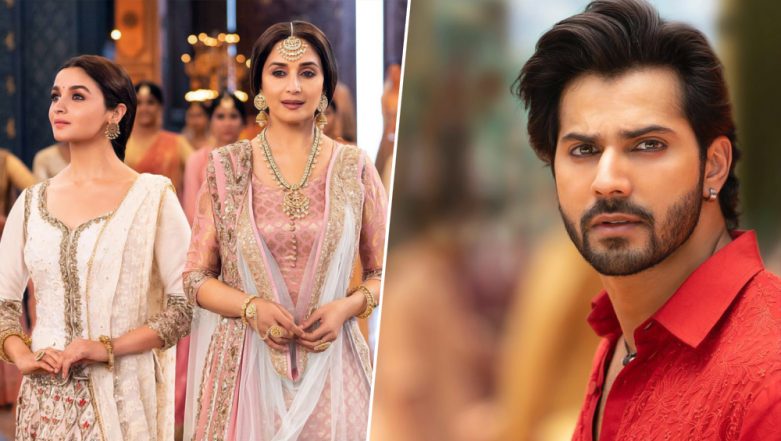 Varun Dhawan kicked off 2019 with Dharma Productions' big period drama starring Alia Bhatt, Sonakshi Sinha, Aditya Roy Kapur, Sanjay Dutt and Madhuri Dixit Nene in lead roles. With its big names and grand-scale production design, the film was expected to be a massive film of the year but unfortunately turned out to be a damp squib. The film turned out to be one of the biggest disappointments of the year and also failed to gather much at the box office. Actor Varun Dhawan who played the character of Alia's love interest Zafar in the film recently opened up about what went wrong with Kalank. Remo D'Souza Takes Varun Dhawan And Shraddha Kapoor's Street Dancer 3D To A Bigger Level - Here's How.

In an interview to Hindustan Times, the actor opened up about the film's failure and said it was a collective defeat. The actor said, "It (Kalank) was not accepted by the audience because it was a bad film and somewhere we all failed collectively." The film which was directed by Abhishek Varman was highly criticised for its Sanjay Leela Bhansali inspired direction and its three-hour-long runtime.

Varun even mentioned in the interview how it wasn't just Varman's fault that the film tanked. He said, "Making a film is a team effort. It’s wrong to blame it on the director and producer. And being a part of the team, I will take part of the blame as well. The film did let down people. We have collectively gone through why it didn’t work. Personally, it (failure) was important. I wanted the failure to affect me because if it doesn’t, then that means I don’t love my work." Varun Dhawan on Kalank’s Downfall at the Box-Office: It Is for the First Time I Went Through a Failure.

Kalank was Varun Dhawan and Alia Bhatt's fourth collaboration together after successful films such as their debut Student Of The Year, Humpty Sharma Ki Dulhania and Badrinath Ki Dulhania. In terms of his career, Varun has had his share of successes and failures. The actor is currently preparing for the dance film Street Dancer 3D along with Shraddha Kapoor. He also has the Coolie No 1 remake with Sara Ali Khan which is being helmed by his father David Dhawan in the pipeline.