Chris Pine Birthday Special: 7 Underrated Films of the Wonder Woman 1984 Hunk That You Should Not Miss

The blonde-haired Chris Pine is popular among fans for playing Captain James T Kirk in the Star Trek reboot series and for playing Diana Prince's romantic interest, WWI hero Steve Trevor in Wonder Woman and its upcoming sequel, Wonder Woman 1984. On August 26, 2020, Chris Pine, who is in a relationship with The Mummy actress Annabelle Wallis, has turned 40. 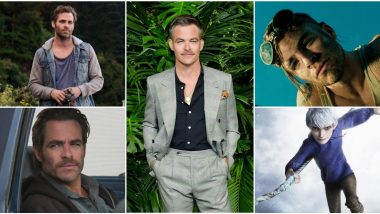 The blonde-haired Chris Pine is popular among fans for playing Captain James T Kirk in the Star Trek reboot series and for playing Diana Prince's romantic interest, WWI hero Steve Trevor in Wonder Woman and its upcoming sequel, Wonder Woman 1984. On August 26, 2020, Chris Pine, who is in a relationship with The Mummy actress Annabelle Wallis, has turned 40. Let's wish this handsome star Many Many Happy Returns of the Day! Chris Pine Birthday Special: These Pictures Prove That the Star Trek Actor is a Hollywood Hunk We Need to Appreciate More.

Chris Pine had made his movie debut opposite Anne Hathaway in The Princess Diaries 2: Royal Engagement in 2004. He was also cast as the lead opposite Lindsay Lohan in the 2006 romcom Just My Luck and in the crossover comedy, Blind Dating.

Pine's star-making turn came when he was cast as James Kirk in the Star Trek reboot. Usually remakes of beloved franchises with popular characters being recast don't go down well the fans. But Star Trek reboot was both critically and commercially a success, and Pine received good reviews for his performance. Pine continued to play the role in the next two Star Trek installments, after which the franchise's future is in limbo. Wonder Woman 1984 Trailer: From Cheetah’s Look to Maxwell Lord’s ‘Monkey’s Paw’, 5 Important Plot ‘Reveals’ From Gal Gadot’s Superhero Film We Can’t Miss!

Pine also received acclaim for his performance in Wonder Woman, as well as voicing one of the Spider-Men in Spider-Man: Into the Spiderverse. But if you want to watch some good movies beyond the popular franchise films he has done, do check out the below films: 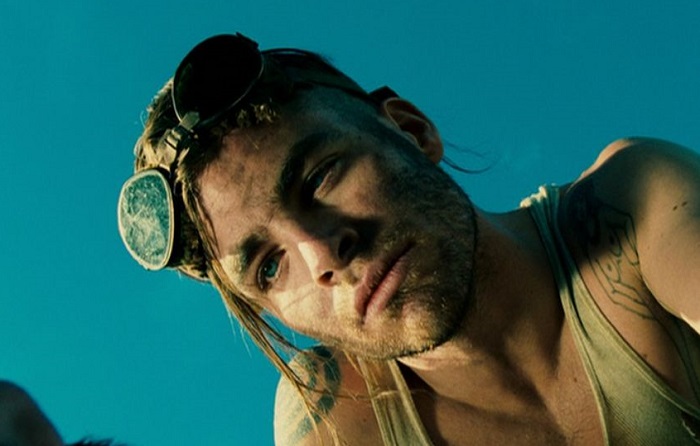 Smokin' Aces, directed by Joe Carnahan, feels like an attempt to clone some of Guy Ritchie's works like Snatch, in terms of its multi narrative format and reliance of black humour in a crime plot. But it has its moments and the ensemble cast is pretty exciting. Ryan Reynolds, Ben Affleck, Taraji P Henson, Jeremy Piven, Jason Bateman, Common, Andy García, Alicia Keys, Ray Liotta, and Matthew Fox are part of the film. But Pine, cast against type, stands out as the hillbilly assassin. 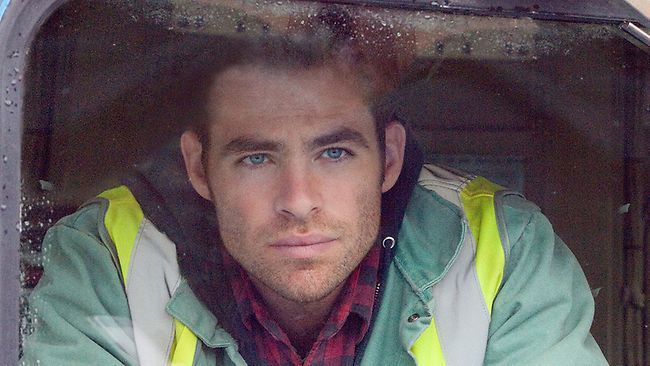 Loosely based on the real-life CSX 8888 incident, Unstoppable is a thriller starring Denzel Washington and Chris Pine in the lead. Directed by the late Tony Scott, the movie is about an engineer and a driver trying to stop a runaway train before it creates further devastation. Unstoppable has moments that keeps yon on the edge of your seat waiting for bated breath, as to what to expect next. Also benefits from the chemistry of its two leads.

Rise of the Guardians 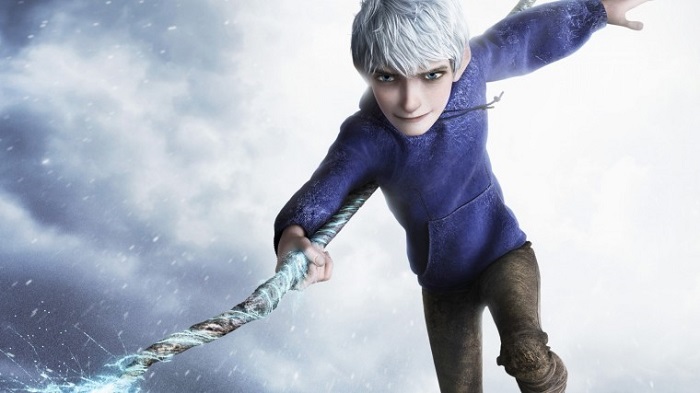 Chris Pine in Rise of the Guardians

Rise of the Guardians is a 2012 animated film, directed by Peter Ramsey. Pine voices the lead, Jack Frost, the Spirit of Winter who joins the Guardians  - Santa Claus (Alec Baldwin), Easter Bunny (Hugh Jackman ), Tooth Fairy (Isla Fisher) and the Sandman - the protect the world from the fearsome Pitch Black (Jude Law). A fairly enjoyable film with some entertaining turns from Pine, Law and a scene-stealing Jackman. 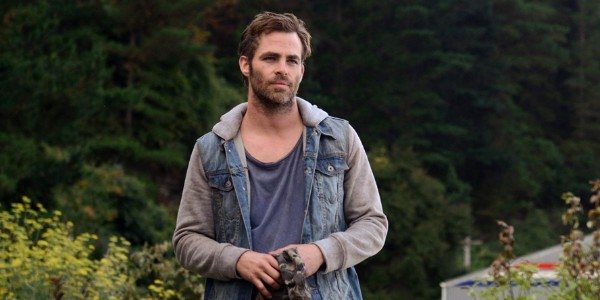 Chris Pine in Z for Zachariah

A slow-burn post-apocalyptic drama, Z for Zachariah is directed by Craig Zobel and stars Margot Robbie, Chiwetel Ejiofor, and Chris Pine. It is about three survivors in a post-apocalypse world - two men and a woman - who stay under the same room, and the tensions that arise when both the men develop feelings for the woman. 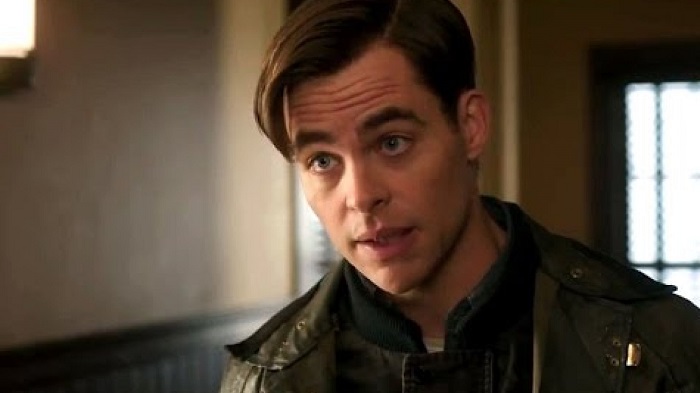 Chris Pine in The Finest Hours

This adventure thriller, directed by Craig Gillespie, came out in 2016 but didn't make much of noise. Which was unfortunate, for The Finest Hours, based on 1952 United States Coast Guard rescue of the crew of SS Pendleton, is very engaging and has some fine performances from the cast, especially Pine, Casey Affleck and Eric Bana. 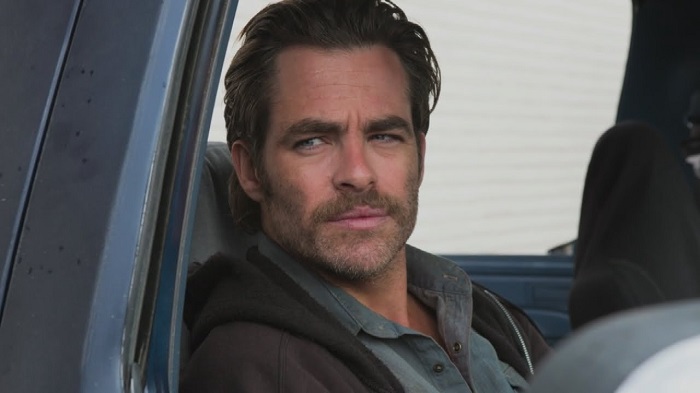 This acclaimed film, made by David Mackenzie, is a crime-drama, revolving around two brothers, played by Chris Pine and Ben Foster, who carry out a series of bank heists, to get themselves out of their miserable situation. They are chased by two rangers, played by Jeff Bridges and Gil Birmingham. Hell or High Water is slow-paced and is more character-driven but is very moving, thanks to its direction and performances. Especially Pine, who gives his career-best act here. 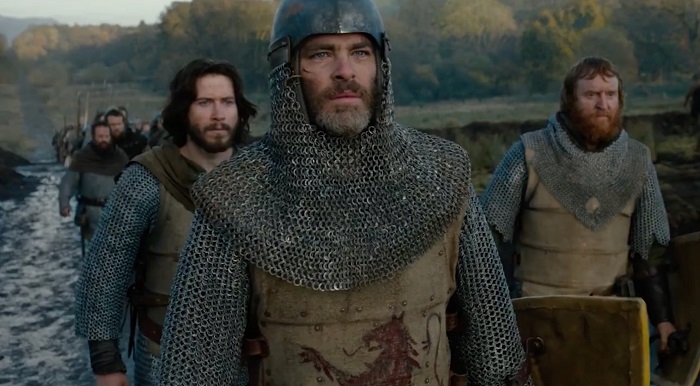 Pine plays the 14th-century Scottish King, Robert the Bruce, in this Netflix film, that reunites him with his Hell or High Water director David Mackenzie. The movie focuses on the three years where Bruce rebels against the King of England. Occasionally brutal in its violence, Outlaw King is worth a watch for Pine's dramatic turn, as well as supporting performances from  Aaron Taylor-Johnson, Florence Pugh, and Billy Howle.

(The above story first appeared on LatestLY on Aug 26, 2020 10:09 PM IST. For more news and updates on politics, world, sports, entertainment and lifestyle, log on to our website latestly.com).