Wonder Woman 1984 drops its new trailer at DC Fandome, an all access online event where DC Studios are dropping some big announcements. Being the first event of the show, we have to say what a start! Director Patty Jenkins, the stars - Gal Gadot, Chris Pine, Kristen Wiig and Pedro Pascal - came online to promote the film. 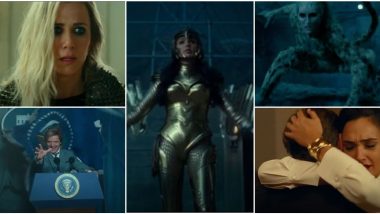 Wonder Woman 1984 drops its new trailer at DC Fandome, an all access online event where DC Studios are dropping some big announcements. Being the first event of the show, we have to say what a start! Director Patty Jenkins, the stars - Gal Gadot, Chris Pine, Kristen Wiig and Pedro Pascal - came online to promote the film, and bring the new trailer. And how awesome it turned out to be! Wonder Woman 1984 Trailer: Gal Gadot’s Superhero Battles Kristen Wiig’s Cheetah in This Action Packed Promo (Watch Video).

Before we get into the nitty-gritty of it all, let's first give you a brief overview of the film. Wonder Woman 1984 is the sequel to the 2017 blockbuster Wonder Woman. Gal Gadot plays Wonder Woman aka Diana Prince, the immortal Amazonian princess, who is a major part of the Justice League. The first film was set during the World War I, the sequel, as the name suggests, is set in 1984.

Apart from Gadot, Chris Pine is also returning as her lover Steve Trevor, as well as Connie Nielsen as Hippolyta, Diana's mother. The antagonists of the film are Cheetah and Maxwell Lord, played by Kristen Wiig and Pedro Pascal, respectively.

The new trailer reveals some interesting reveals of the film's plot, which actually confirms a leak of the plot on Reddit.

Check out five things we learnt about the plot:

Maxwell Lord has found something, a MacGuffin, that could bring everyone's dreams come true. The trailer doesn't know how he does it, but it may work in the same way how the monkey's paw worked in author WW Jacob's short story. Read the story to know what I mean!

The trailer finally threw more light on how Steve Trevor, who was killed in the last film, could come back to life after decades. It seems that he is not Diana's hallucination, but very much alive. Which means Diana used whatever Maxwell's wish-giver, deliberately or tricked, we are not sure, to bring her lover back!

Barbara's Reason To Be An Apex Predator

The earlier trailers gave a hint as to why Barbara Ann Minerva would want to be Cheetah, a villain. She is an unassuming archeologist, who wants to be noticed. In the new trailer, her reasons to be 'noticed' are more marked out. Speaking, presumably, to Diana, Barbara tells her that Diana had everything, while she didn't. Maxwell's stuff could give her the power to be an 'apex predator'.

The New Barbara Can Tackle The Lasso of Truth

Barbara, in her new and dangerous form, can not only make some impressive leaps, she can also handle Wonder Woman's most awesome weapon - the Lasso of Truth. No wonder she is WW's primary nemesis. Wonder Woman 1984: The First Look Of Kristen Wiig as Antagonist Cheetah REVEALED! 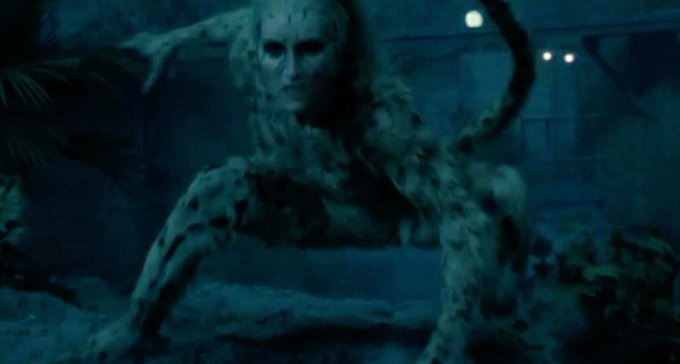 Contrary to some speculations, Wonder Woman 1984 will have Barabar turn into Cheetah. Though the scenes were dark, we did have a final glimpse of the supervillain and she does have some impressive moves!

(The above story first appeared on LatestLY on Aug 23, 2020 12:42 AM IST. For more news and updates on politics, world, sports, entertainment and lifestyle, log on to our website latestly.com).