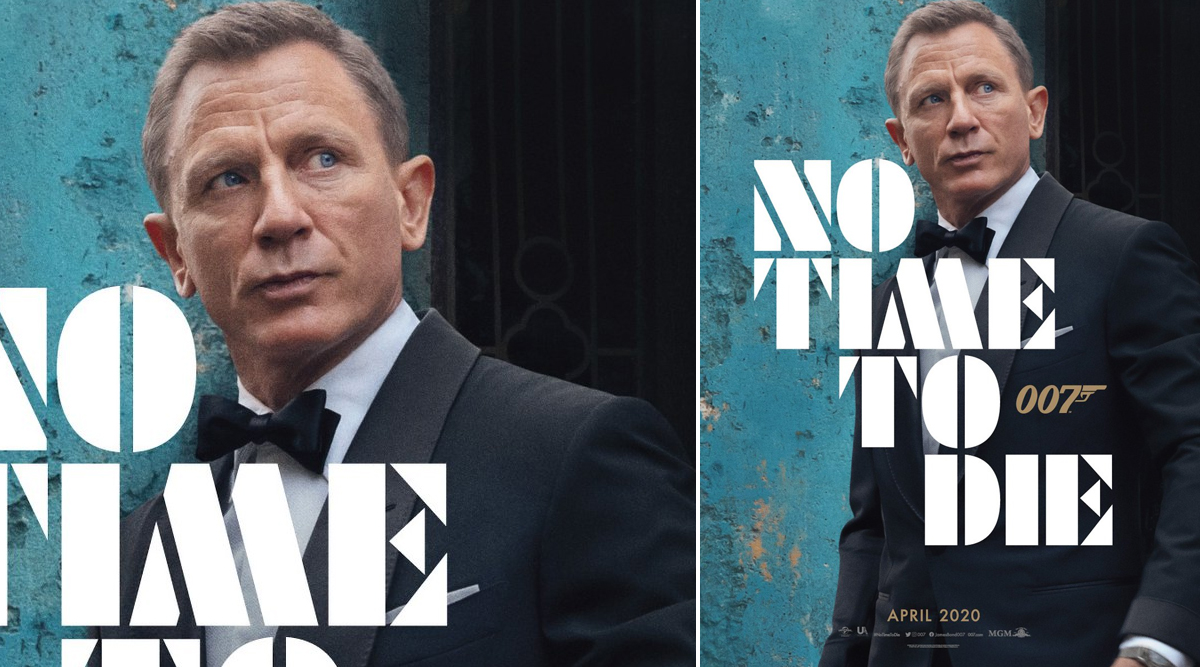 Daniel Craig in No Time to Die. (Photo Credits: Twitter)

In the film's trailer, Craig, who has played the spy in the last four movies, sports his grey locks but also appears to have hints of several other hair colours, reports mirror.co.uk.

Commenting on the different styles, one fan commented: "It was really odd looking at the trailer ­because ­It looked like I was watching ­different movies. I get that they want to keep Bond looking young but actually Bond with a salt and pepper look is really cool." No Time To Die Trailer: Daniel Craig's Last Outing as James Bond Looks Grand, Rami Malek's Mysterious Villain Heightens Intrigue (Watch Video).

Also, Craig is the first ever James Bond to have grey hair. He will also be seen sporting at least eight different looks in the films.

"No time To Die" is the 25th Bond flick, and is directed by new-age maverick and Emmy-winner Cary Joji Fukunaga, who made mark calling the shots on "True Detective".