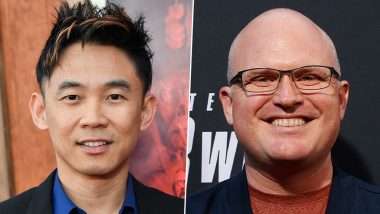 Aquaman director James Wan will produce the film adaptation of sci-fi time-travel story Hunting Season with John Wick scribe Derek Kolstad as writer. Author Frank M. Robinson had penned the story which was in published in Astounding Science Fiction Magazine in 1951. According to The Hollywood Reporter, "Transformers" producer Don Murphy is also aboard the project.

The story is about a law officer who is sent back to the past where, deemed an enemy of the state and is facing execution, he must acclimate in order to survive. The project is rumoured to be in the same vein as "1984", "Fahrenheit 451" and "The Running Man". Chris Evans Teaming Up WIth Scott Derrickson For a Thriller Film on the Mysterious Bermuda Triangle

Wan will produce through his Atomic Monster banner along with Michael Clear. Murphy will produce alongside his Angry Films partner Susan Montford.

Peter Luo and Judson Scott are attached as executive producers.