Hoult revealed that the 2011 X-Men instalment director Matthew Vaughn had a very strange request during the actor's audition. For those of you who don't know, Nicholas played the character of Hank McCoy/Beast. 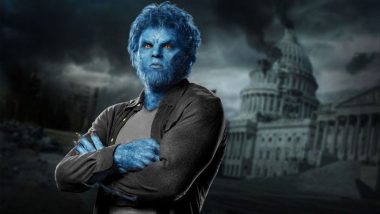 Nicholas Hoult is one talented actor, we all know that. Over the years, he has given us some very fine performances. Considering he has appeared in a variety of movies so far, he also has a few very interesting audition stories. However, the one that's really noteworthy is X-Men: First Class. Hault recently did a video interview with GQ wherein he talked about his career. While doing that, he revealed that the 2011 X-Men instalment director Matthew Vaughn had a very strange request during the actor's audition. For those of you who don't know, Nicholas played the character of Hank McCoy/Beast.

"Matthew Vaughn asked me to do a couple of takes in an American accent as you kind of saw the character. But then also do a take doing an impression of Stewie Griffin from Family Guy," Hoult said during the chat. As bizarre as the request was, Hoult didn't really find it difficult as he grew up watching The Family Guy. It's a Real Learning Curve for Me: Nicholas Hoult on 'Mission: Impossible 7'.

"I had watched a lot of Family Guy in my teen years growing up, so I was like, 'OK, I think I've got a pretty good impression of Stewie Griffin lined up.' And so I did a whole version of the take as Stewie Griffin and sent it off. So maybe that helped me get the part? I don't know," he added.

However, what really difficult was getting into the skin of the Beast. Of course, there was a lot of prosthetics involved in creating the character of Beast. Nicholas talked about that too as he further said, "I loved the prosthetics at first. It started off in the first movie taking three to four hours to go on. By the last movie we did, it was only about two hours to get on ... but it was still hot and claustrophobic to work in. So, that made it tough at times." Well, Nicholas did a terrific job with the role, we have to admit. Mutual thoughts? Let us know by tweeting to us @LatestLY.

(The above story first appeared on LatestLY on May 16, 2020 01:12 PM IST. For more news and updates on politics, world, sports, entertainment and lifestyle, log on to our website latestly.com).