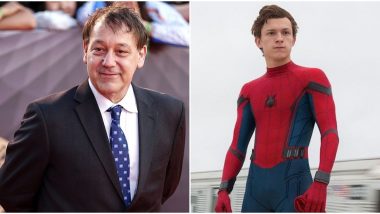 While Sam Raimi recently confirmed being "involved" with Benedict Cumberbatch's Doctor Strange and the Multiverse of Madness, there are reports that Marvel is already thinking about offering him another project. While Scott Derrickson's exit from Cumberbatch's sequel was disapproved by fans, they were quick to rejoice when Raimi was confirmed as his replacement. The director has previously directed Tobey Maguire's Spider-Man trilogy and his superhero movies are still a fan-favourite.

To cash in on the same popularity and his success with Spider-Man movies, Marvel is now considering to offer him Tom Holland's next big outing. As per reports in We Got This Covered, Marvel is thinking about naming Raimi as the director of Spider-Man 4 provided his work on Multiverse of Madness gets appreciated. If his next release with Benedict turns out to be a critics' favourite and also a big success at the ticket windows, the studio may extend his contract by offering him next Spider-Man movie. Sam Raimi Confirms a New Evil Dead Movie Is Under Works and He Would Like to Direct Another with Bruce Campbell on Board.

Of course, this also depends on if the studio decides to remove Jon Watt as the director of their Spider-Man movies. Yes, it would be refreshing to see his take on Holland's friendly neighbourhood Spider-Man (after Maguire) but Kevin Feige should trust him to replace Watt's vision.

(The above story first appeared on LatestLY on Apr 16, 2020 09:21 AM IST. For more news and updates on politics, world, sports, entertainment and lifestyle, log on to our website latestly.com).