Shailene Woodley Says Losing Virginity On Screen Was Therapeutic As She Lost Hers In 'Really Unromantic, Unsexy Way'

Also, Shailene Woodley only read three episodes of her breakout TV series, Secret Life of the American Teenager, in 2008 and signed on to play the pregnant-teenage lead for six years. And she hated it. 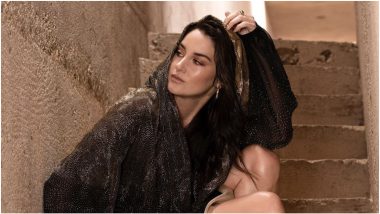 Shailene Woodley only read three episodes of her breakout TV series, Secret Life of the American Teenager, in 2008 and signed on to play the pregnant-teenage lead for six years. And she hated it. The show could have been progressive and empathetic towards people going through teenage pregnancy. Instead, it turned the lead's story into a cautionary tale. In an interview with Bustle, Shailene revealed that the first three episodes "hit home" but she had to endure the subsequent episodes but it pushed her to become more vocal about her belief system. After Exile: Shailene Woodley Joins Robert De Niro and Shia LaBeouf in a Film Based on True Events.

"I can only speak [about my characters’ sex lives] through my experience with sex," she said in the interview, adding, "I had friends in high school who were pregnant. It felt like everything that I wanted to be sending into the world,"

"There were a lot of things that were written into the scripts that not just me, but a lot of the cast, disagreed with," she added. "There were belief systems that were pushed that were different than my own. Yet legally I was stuck there. To this day it’s one of the hardest things I’ve ever had to do. So being on Secret Life propelled me to be more vocal about my own belief systems." 5 Lesser-Known Facts About Shailene Woodley's Activism That Will Impress You!

Talking more about her sexual experience, the actress said, she has lost her virginity seven times on screen. "I lost my own virginity in a really unromantic, unsexy way, [so] it’s very therapeutic for me that by playing these characters I was showing young women what they can wait for," she added.

Due to COVID-19 pandemic, Shailene's film Endings Beginnings went for a digital release. The sexually progressive film is mostly improvised.

(The above story first appeared on LatestLY on Apr 20, 2020 11:07 AM IST. For more news and updates on politics, world, sports, entertainment and lifestyle, log on to our website latestly.com).