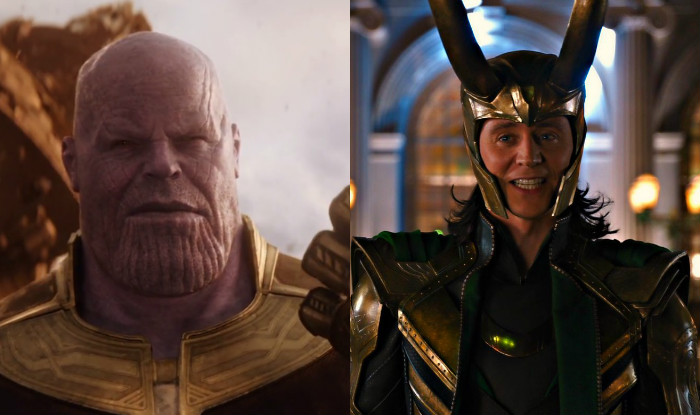 Marvel Cinematic Universe (MCU) is ready to unleash its all-time powerful supervillain in 2018. The villain in question is Thanos who is flexing his muscles to beat the Avengers to a pulp in Avengers: Infinity War. The Marvel super-being has previously made brief appearances in The Avengers (2012), Guardians of the Galaxy (2014), Avengers: Age of Ultron (2015). Tony Stark aka Iron Man and his illustrious team of superheroes is likely to have a tough time against the Titanian Eternal who has set his eyes on causing Earth's Doomsday. Should he worry them and their fans especially after the glorious side has defeated Ultron, Loki and the menacing Chitauri army in similar end-of-world-battles? This question will be answered upon film’s release next year. Nevertheless, Thanos' entrance is a substantial cause of worry. The man with Infinity Gauntlet is definitely a must watch in the list of Marvel's greatest villains. Take a look at a list of formidable yet beguiling villains seen in Marvel Studios films. 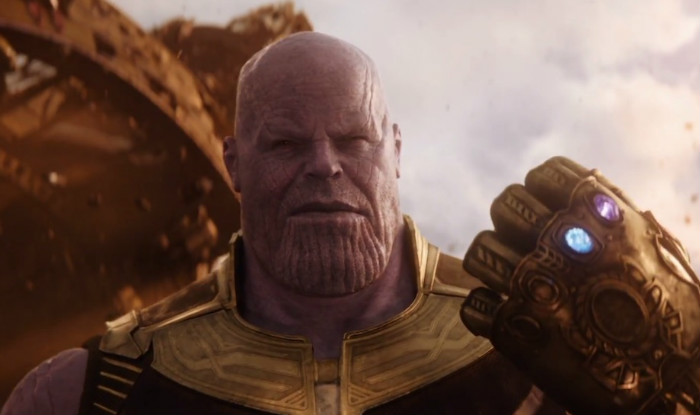 The fans saw the Mad Titan wreaking havoc in Avengers: Infinity War trailer. After playing peek-a-boo in credits scene of previous installments for years, Thanos is finally here. American actor Josh Brolin who is essaying the role of this cosmic brawny brute is intimidating. Furthermore, watching him hunt for the infinity stones in a destructible fashion is giving us gooseflesh (just like the Spidey). Fans now want to watch the Titanian mutant–Eternal super-being in full glory. The lover of Death is believed to be extremely powerful with superhuman strength, speed and endurance. In addition, his impressive abilities include energy control, mind-reading and telekinesis. We will have to wait and watch for ultimate Avengers vs Thanos showdown. 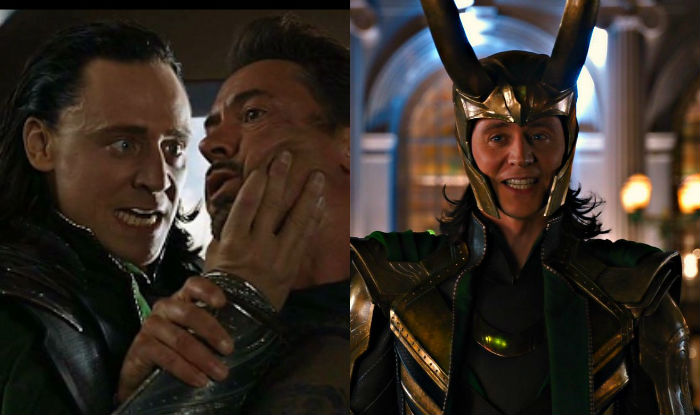 Loki is one of the most love-to-hate villains in Marvel Cinematic Universe. Actor Tom Hiddleston first portrayed the role of the trickster god in 2011 live-action film Thor. The British star impressed fans as Thor’s jealous nefarious adopted brother before moving on to become the ultimate baddie in 2012 film Avengers. Loki single-handedly turned superheroes against each other and open portal to all Chitauri army take over the earth. It is no small feat. Moreover, what makes Loki so charming is his cruel deceitful intentions, which are beautifully masqueraded by his sly yet endearing persona. 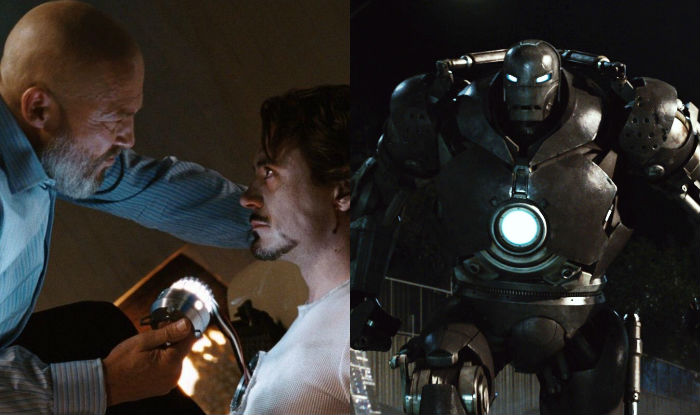 Not a celestial mutant or demi-god but Obadiah Stane proved to be one deadly villain in the human form. Legendary American actor Jeff Bridges portrayed the role of scheming antagonist in 2008 film Iron Man with Robert Downy Jr. in the lead. What makes Obadiah so hateful than any of the other villains? Although he was like a father figure to Tony Stark/Iron Man (Robert Downy Jr.), he plotted Tony’s downfall. Obadiah hired the feared terrorist organization, Ten Rings to kill Stark. Furthermore, in a horrifying scene, fans saw him brutally pull the miniaturized arc reactor, right from Tony Stark’s chest! The cigar-smoking baldy does this to power his own iron suit and turns into destructive Iron Monger. Iron Man’s battle with Iron Monger still remains a top battle in MCU. 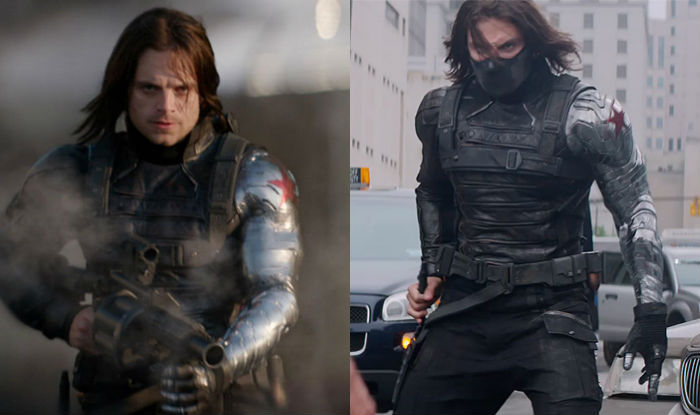 The Winter Soldier (Sebastian Stan) is a target’s worst nightmare. A trained assassin who does not stop at anything gave chills to viewers in 2014 film Captain America: The Winter Soldier. Obviously, Winter Soldier is Bucky Barnes, the best friend of Captain America/Steve Rogers (Chris Evans) and he is creating all the mess after being brainwashed for decades. But does it justify his killing spree (Tony Stark’s parents, Black Panther’s father among others) and altered the future of SHIELD and Avengers? NOPE. 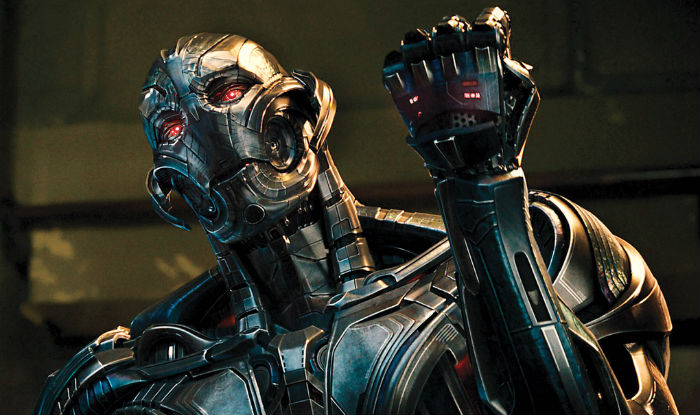 In cinematic world, great villains do not deserve noses and one such notable supervillain is Ultron. In 2015 film Avengers: Age of Ultron, talented The Blacklist actor James Spader played this chilling character. Basically, an artificial intelligence, Ultron was supposed to be a remarkable creation of Tony Stark. But it turned out to be billionaire genius superhero’s biggest mistake. The mean machine went against his creator to launch a wide-scale human eradication programme across the globe. Nevertheless, Iron Man & Co. managed to ‘kill’ Ultron in last Avengers flick, it will be exciting if they can contain Thanos’ destructive power in the upcoming edition. 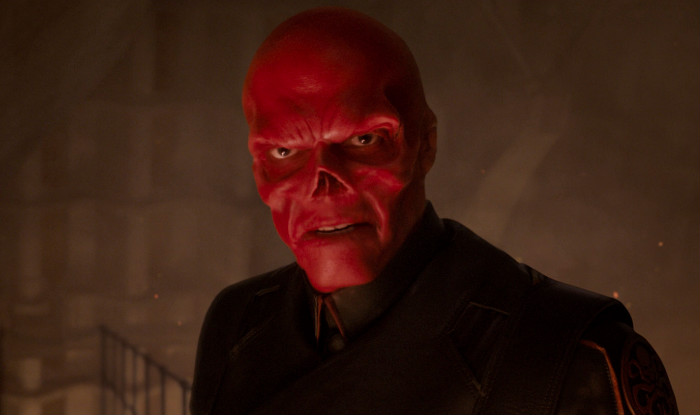 Yet another no-nose wonder who we love to hate. It is Red Skull aka Johann Schmidt aka the archenemy of Captain America. The fans saw actor Hugo Weaving as the menacing supervillain in 2011 film Captain America: The First Avenger. So what’s the story of this noxious antagonist and his obsession with world domination and genocide? Schmidt is a mainstay of terrorist organization Hydra and during a failed "super-soldier" experiment leading to permanent side-effects. He joins hands with Dr. Arnim Zola to harness Tesseract power, only to be later stopped by Cap. Take one look at the guy and you will know why Red Skull is the stuff of nightmares.

In addition to, there are other villains who have a perfect score of being badass. Take, for instance, The Mandarin and Aldrich Killian in Iron Man 3 (2013), Kaecilius and Dormammu in Doctor Strange (2016), Vulture alias Adrian Toomes in Spider-Man: Homecoming (2017) among others who have set a perfect example of villainy. Let us know in the comments section about who is your favourite Marvel villain.