Mary-Louise Parker is set as a lead opposite Natalie Portman in HBO Films' 'The Days of Abandonment', based on Elena Ferrante's best-selling novel. The film, which is currently in pre-production, hails from writer-director Maggie Betts (Novitiate), Portman and her MountainA Films, Maven Screen Media, Len Amato's Crash & Salvage and Fandango. 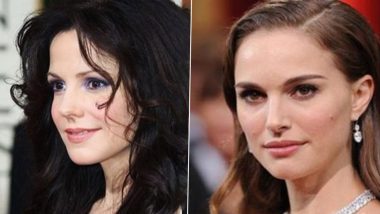 Hollywood actor Mary-Louise Parker is set as a lead opposite Natalie Portman in HBO Films' 'The Days of Abandonment', based on Elena Ferrante's best-selling novel. According to Deadline, the film, which is currently in pre-production, hails from writer-director Maggie Betts (Novitiate), Portman and her MountainA Films, Maven Screen Media, Len Amato's Crash & Salvage and Fandango. Ferrante also serves as an executive producer. Written and directed by Betts, 'The Days of Abandonment' revolves around Tess, played by Portman. When Tess, a woman who abandoned her own dreams for stable home life, is in turn abandoned by her husband, her world is thrown off its axis. Days Of Abandonment Adaptation: Natalie Portman to Star in Film Based on Elena Ferrante’s Best-Selling Novel.

Adapted from Ferrante's tour-de-force novel of the same name, 'The Days of Abandonment' is a visceral, no-holds-barred journey into the mind of a woman in crisis that confronts the norms of motherhood and female identity as Tess traverses the darkest reaches of her own psyche. Parker will play Mysterious Woman, a mesmerizing but elusive woman Tess starts encountering everywhere she goes, causing Tess to question her sanity. Betts will executively produce the movie with Portman and Sophie Mas via MountainA, along with Celine Rattray and Trudie Styler for Maven Screen Media, Len Amato for Crash & Salvage, Ferrante, Domenico Procacci for Fandango and Maria Zuckerman. HBO Films will produce in association with Medusa. We The People: Barack and Michelle Obama, Kenya Barris Reunite for Netflix's Animated Music Series.

Emmy, Golden Globe and Tony-winning actor Parker is best known for her portrayal of Nancy Botwin on the critically praised Showtime series 'Weeds'.The role earned her three Emmy nominations and a Golden Globe win for best actress. She most recently was seen in Adam Rapp's 'The Sound Inside on Broadway', for which she scored a Tony Award nomination for Lead Actress in a Play. As per Deadline, she will next be seen on the Broadway stage in spring 2022 in the revival of 'How I Learned To Drive'. On television, she'll next be seen starring alongside Nick Offerman in Netflix limited series 'Colin in Black and White'.