Vangelis Dies: Oscar-Winning Composer, Known for His Musical Work in Chariots of Fire, Blade Runner, Passed Away at 79

The theme, released as a single, reached the top of American Billboard Hot 100 chart, and has been used in countless sports presentations since, including the London 2012 Olympics ceremonies. 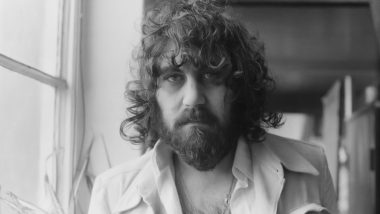 Oscar-winning Greek music composer Evangelos Odysseas Papathanassiou, professionally known as Vangelis, recently passed away at the age of 79, reports Deadline. Vangelis had famously composed the musical theme for the 1981 film Chariots of Fire. As per Deadline, his assistant Lefteris Zermas confirmed the death but did not provide a specific cause, saying only that Vangelis died in a hospital in France. Greek newspaper 'OT' is reporting that Vangelis was being treated for Covid. Vangelis Dies at 79; Acclaimed Oscar-Winning Composer Was Known For His Scores in Chariots of Fire, Blade Runner, Alexander Among Others.

Born Evangelos Odessey Papathanassiou in Greece, the composer and musician known worldwide simply as Vangelis combined orchestral music, electronic synth sounds, jazz and ambient to create a then-new sound for Chariots of Fire that seemed to provide the musical equivalent of the ocean waves that crashed as the story's Olympic runners sprinted down the beach. His single titled Chariots of Fire - Titles topped the Billboard Hot 100 in early 1982, and the Chariots of Fire album - which is credited to Vangelis - spent four weeks at No. 1, spending more than a year on the chart and going platinum. From Elvis Presley’s Jailhouse Rock to Celine Dion’s Titanic Track, 10 Iconic International Hits Bollywood Had the Audacity to Plagiarise!

Vangelis would go on to compose scores for Blade Runner (1982), Missing, Antarctica, The Bounty, 1492: Conquest of Paradise and Alexander, among many other recording projects, but would forever be most closely associated with the Chariots anthem. The theme, released as a single, reached the top of American Billboard Hot 100 chart, and has been used in countless sports presentations since, including the London 2012 Olympics ceremonies.

(The above story first appeared on LatestLY on May 20, 2022 03:24 PM IST. For more news and updates on politics, world, sports, entertainment and lifestyle, log on to our website latestly.com).