Singer-turned-designer Victoria Beckham says she was inspired to step away from the popular band Spice Girls by legendary English singer-songwriter Elton John. 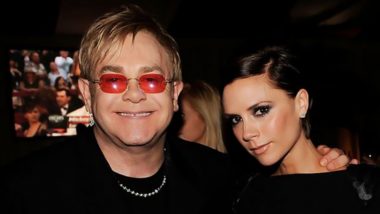 Singer-turned-designer Victoria Beckham says she was inspired to step away from the popular band Spice Girls by legendary English singer-songwriter Elton John. The 46-year-old star shot to fame as a member of the girl group. In recent years, she has declined reunion plans. Now, she has opened up about her reason while writing a letter to her future self in Britain's Vogue magazine, reports femalefirst.co.uk. Victoria Beckham Reveals That Her Son Romeo Took Her Help to Gain TikTok Popularity

"Remember years ago, watching your dear friend Elton John on stage in Las Vegas. He performed 'Tiny Dancer', as if it were the first time, and you realised this was like oxygen for him. It was a life-changing moment -- while singing and dancing was fun for you, it wasn't your passion," she said. Victoria Beckham is Eva Longoria’s Go-to Person for Parenting Tips

"That day, you started your quest to uncover your own dreams. It was time to step away from being a Spice Girl. For the first time, you were venturing out on your own, and it was terrifying. It was scary to close a chapter that defined you," she added. Victoria went on to launch her own fashion empire and beauty line after quitting the band. She has hinted that she also has other projects in the pipeline.

"I know you are still reinventing yourself, taking on new challenges, and ignoring the naysayers. You always look beyond the conventional wisdom to pave your own path," she continued in her letter. "First, you found this passion in fashion, and most recently, beauty. What comes next? I'm dying to know," she added.

(The above story first appeared on LatestLY on Jan 13, 2021 12:29 PM IST. For more news and updates on politics, world, sports, entertainment and lifestyle, log on to our website latestly.com).