WandaVision Trailer: Did You Notice This Captain Marvel Character in the First Promo of MCU's Disney+ Hotstar Series? 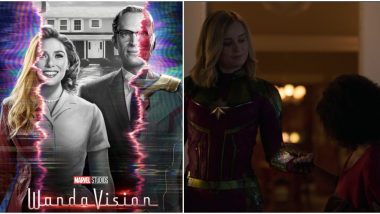 WandaVision Trailer: Did You Notice This Captain Marvel Character in the First Promo? (Photo Credit: Marvel)

It turns out that Falcon and The Winter Soldier won't be Marvel Cinematic Universe's first series to come out on Disney+ (Hotstar in India). That honour would go to WandaVision, which saw its first trailer drop during the 72nd Primetime Emmy Awards. WandaVision focuses on the two Marvel superheroes, Wanda Maximoff aka Scarlet Witch (Elisabeth Olsen) and Vision (Paul Bettany), as they settle for an idyllic life in the suburbs. WandaVision Trailer: Elizabeth Olsen and Paul Bettany's Superheroes Struggle to Be a Usual Couple and Live an Ordinary Life.

Of course, that sounds strange for the last we saw of Vision, he was destroyed by Thanos in the climax of Avengers: Infinity War, as he took the Mind Stone from his forehead. So whatever is happening in the show seems to be Wanda's powers gone crazy as she reanimates her former lover and then recreates a life reminiscent of a '50s sitcom.

Watch the Trailer of WandaVision trailer:

There is Kathryn Hahn whose character looks to be a nosy neighbor in WandaVision's sitcom life, but it looks like she could be a supervillain in reality. And if you observe closely, there is another character, played by Teyonah Parris. 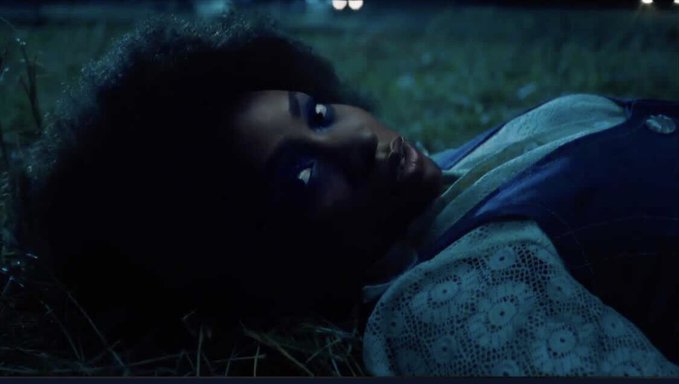 She is playing Monica Rambeau. If you find that name familiar, it's either that you have read Marvel comics or watched the 2019 MCU film Captain Marvel. No, Teyonah did not appear in the film, but her character did. Or rather, the younger version of the character. Tatiana Maslany is She-Hulk: Mark Ruffalo Welcomes the Canadian Actress after Marvel Signs Her for the Disney+ Series.

Monica Rambeau is the daughter of Maria Rambeau, who happened to be the best friend of Carol Danvers aka Captain Marvel (Brie Larson). She was played by Akira Akbar in Captain Marvel. 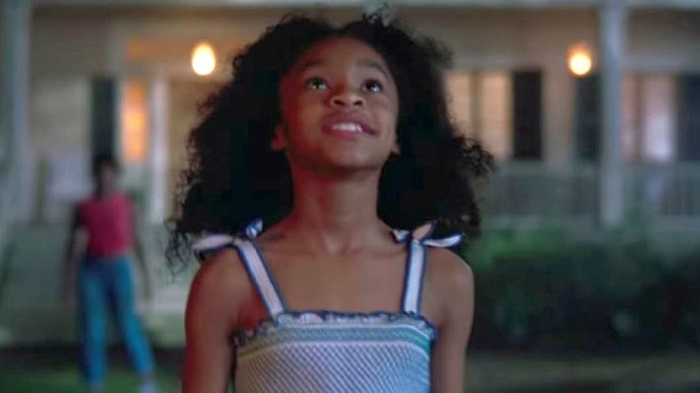 Monica Rambeau later became a version of Captain Marvel in the comics. We have to wait and see if any such thing happens in the Marvel series.

It is not just Monica who would be fan-favourite supporting character to return. Kat Dennings' Darcy Lewis and Randall Park's FBI agent Jimmy Woo are also set to return in MCU in WandaVision. The streaming date of WandaVision is not confirmed yet but is scheduled to premiere in December 2020, and will consist of six episodes.

(The above story first appeared on LatestLY on Sep 21, 2020 09:40 AM IST. For more news and updates on politics, world, sports, entertainment and lifestyle, log on to our website latestly.com).