While the premise earlier sounded very promising, the trailer has certainly taken our excitement a notch higher. 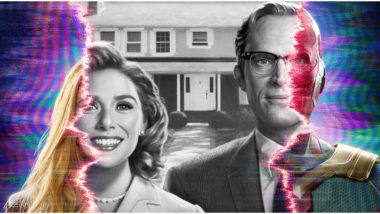 Marvel has dropped the first official trailer of Elizabeth Olsen and Paul Bettany's WandaVision series on Disney+. The show that revolves around their superhero characters will also give us an insight into their romantic life and how they yearn to be a usual couple sans any superpowers. The series' first look was earlier released by the production house at San Diego Comic-Con 2019 and fans have been patiently waiting for its airing ever since. While the premise earlier sounded very promising, the trailer has certainly taken our excitement a notch higher.

Going by its newly released trailer, we can say that WandaVision won't be your usual superhero story. Instead, it will try and be more humane in nature. It will focus on Wanda and Vision's personal life, their equation, their relationship and their struggle to live an ordinary life. Yes, being superheroes, they will face a villain and will have scenes displaying their superpowers but that would be a part of everything else. The show also has enough dose of laughter and comedy and will not be all gory or gritty. Benedict Cumberbatch's Doctor Strange to Appear in Disney Plus' WandaVision Finale?

Check Out the Trailer

The shooting of WandaVision was halted amid the coronavirus pandemic but things are finally coming back on track. The series was earlier expected to debut in 2021 with six episodes but certain reports suggest that it will prepone to December 2020 instead. This would be the first series in Phase Four of the MCU and clearly, it is set before the Endgame episode. The makers are yet to announce an official release date for the show but we can assure you that it is coming very soon.

(The above story first appeared on LatestLY on Sep 21, 2020 07:10 AM IST. For more news and updates on politics, world, sports, entertainment and lifestyle, log on to our website latestly.com).