Shiva Music, The Music and Film Production's Renowned Firm’s Journey Of Making It Big In the Digital Platform 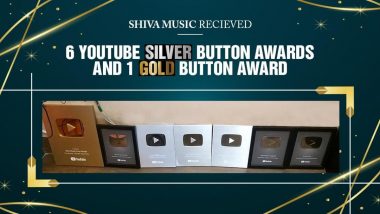 Aiming high and letting your passion drive you towards your aim is what will make you successful and no one knows this better than Ms.Preeti Priya. She is the current owner of one of the most renowned companies named Shiva Music.  With her consistent efforts, the CEO is working hard to take the company to the height of triumph and it aspires to expand in every regional language. Currently, the music firm is ruling the digital platforms by running several channels on Youtube. The entire team of the firm worked their way up to success and today, many channels which are under Shiva Music have received Youtube’s Silver button. In the year 2018, SS Films Sonar Bangla, Shiva Music Jhollywood, Shiva Music Hamar Jharkhand, Shiva Music Regional, Shiva Music Bhojpuri MrCineFaces, and Shiva Music Aamar Bangla crossed the mark of 1,00,000 subscribers.

Getting recognized in the digital platforms isn’t as effortless as it seems but with proper strategies and dedication, the entire team of Shiva Music took the firm to new heights and today it is one of the largest Music and Film Production companies. With zeal and hard work, the company has already set a benchmark for its competitors. Shiva Music Aamar Bangla has also received Youtube's Gold Button award in the year 2020 for crossing 10,00,000 subscribers. With an audience of over millions of subscribers, Shiva Music is continuing to grow exponentially entertaining their audiences.

Bringing the brand in the digital platform was the perfect strategy taken by Mr.Yash Raj Suneja who also took over the company in the year 2014. By changing the name and logo, Mr. Yash changed the entire vision of the brand. In no time, he took over several companies and entered into several regional languages Bhojpuri, Khortha, Bangla, Santhali, Ho Munda, Sambalpuri, odia, and others. Ms.Preeti Priya took over the Shivamadhur Digital Private Limited in the year 2019 and in the past year, she along with Mr. Yash made the firm a corporate sector. Currently, Mr. Yash Raj Suneja, Deepak Nath Sahay, and Preeti Priya as major shareholders of the company. They aspire to make it big in Bollywood and we can say that nothing can stop them to achieve their aspirations.