The Malayalam film Anjaam Pathiraa, starring Kunchacko Boban in the lead, was one of the highest grossing films of this year. It has now been confirmed that Anjaam Pathiraa would be remade in Hindi. 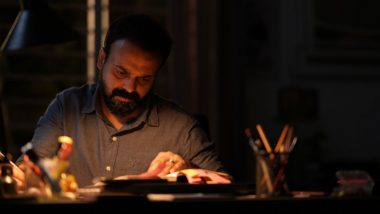 The Malayalam film Anjaam Pathiraa, starring Kunchacko Boban in the lead, was one of the highest grossing films of this year. It has now been confirmed that Anjaam Pathiraa would be remade in Hindi for which Reliance Entertainment, Ashiq Usman Productions and AP International have joined hands. The makers have not revealed who would be directing the Hindi version and which actor would be roped in to play the lead role. John Abraham to Remake Prithviraj Sukumaran and Biju Menon’s Malayalam Film Ayyappanum Koshiyum in Bollywood.

Anjaam Pathiraa, written and directed by Midhun Manuel Thomas and produced by Ashiq Usman, revolves around a serial killer who is seen killing policemen mercilessly. The Malayalam movie also featured Sharaf U Dheen, Unnimaya Prasad, Jinu Joseph and Sreenath Bhasi in key roles. Shibasish Sarkar, Group CEO, Reliance Entertainment, said in statement, “Anjaam Pathiraa is one of those slick thrillers that keep you on the edge of the seat! We are happy to remake the cult film for audiences across the country and the globe!” Ashiq Usman stated, “Anjaam Pathiraa is a riveting psycho murder thriller. I am proud to say it was the biggest blockbuster of the year. And I am happy to be associated with Reliance Entertainment and AP international for the remake of the film.”

Kunchacko Boban plays the role of Dr Anwar Hussain, a psychologist who works as a consulting criminologist in Kochi City Police. We just cannot wait to hear the details of the cast and other key updates about Anjaam Pathiraa Hindi Remake.

(The above story first appeared on LatestLY on Aug 31, 2020 09:47 AM IST. For more news and updates on politics, world, sports, entertainment and lifestyle, log on to our website latestly.com).