D43: Dhanush’s Film With Karthick Naren To Go On Floors In January 2021?

It was in March this year when it was announced that D43 that is Dhanush’s 43rd film would be helmed by one of the most promising filmmakers of Tamil Cinema, Karthick Naren. 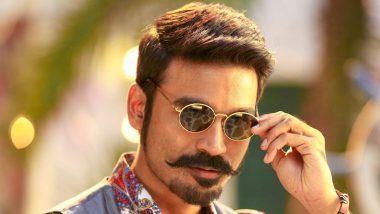 It was in March this year when it was announced that D43 that is Dhanush’s 43rd film would be helmed by one of the most promising filmmakers of Tamil Cinema, Karthick Naren. The director had shared that D43 would be written by the popular screenwriting duo, Sharfu – Suhas, who have earlier written scripts for Varathan and Virus. It was earlier stated that D43 will hit the theatres in October, but owing to the coronavirus pandemic, the project had to be delayed. As per latest reports, Dhanush’s upcoming Tamil film with Karthick Naren will go on floors in January 2021. D43: Sharfu-Suhas, Screenwriting Duo of Malayalam Films Varathan and Virus, Roped in for Dhanush’s Film.

According to a report in Mirror, Dhanush will join the sets of this untitled project after he wraps up Atrangi Re, a cross-cultural love story directed by Aanand L Rai. D43, bankrolled by Sathya Jyothi Films, is touted to be a true-life crime action thriller. It is said to be based on the murder of the journalist that happened in the outskirts of Chennai. Karnan: Makers of Dhanush’s Film with Mari Selvaraj Release Title Look on the Actor’s 37th Birthday.

Talking about the film’s shooting schedule, a source revealed to the tabloid, “His 43rd film goes on the floors in January with a start-to-finish schedule and is gearing up for a late 2021 release. It was supposed to roll this summer but the COVID-19 pandemic hit plans for a six.” The makers are yet to share an official update on the same! Besides this, the other two projects that Dhanush has in his kitty are Jagame Thandhiram and Karnan.

(The above story first appeared on LatestLY on Oct 01, 2020 09:13 AM IST. For more news and updates on politics, world, sports, entertainment and lifestyle, log on to our website latestly.com).