The actor apologised for his emotional outburst during a press conference when he was asked to address the Kerala nun rape case. 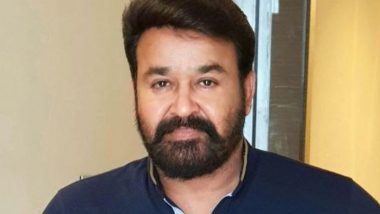 Superstar Mohanlal issued an apology to a journalist on his Facebook wall. The actor apologised for his emotional outburst during a press conference when he was asked to address the Kerala nun rape case. On his Facebook post, Mohanlal wrote, "If my reply had hurt the individual who raised the question, please accept my apology considering me as your elder brother," as he mentioned how his remarks were not with an intent to hurt any individual, institution or the field of journalism.

Mohanlal held a press conference in Kochi on Saturday to represent the ViswaSanthi Foundation, an NGO named after his parents to send relief materials to the affected regions across Kerala. The incident occurred during the press conference when he was questioned to address the ongoing nun's protest issue and his thoughts on the same. Since he was asked about the nun case during a press conference centred to propagate relief methods for the flood-stricken State of Kerala, the actor had a strong reaction. He said, "Aren't you ashamed to ask such unnecessary questions while talking about such a good deed?"

On the same, the actor further clarified how the untimely question bothered as he was in no mood to address the same issue. He said, "The question is relevant as it is one of the most discussing issues in the state at present. But I was not in a mood then to reply to that question. As a human being and as a son, I was in a different state of mind at that time. That's why such a reply came from me." His clarification came right after his reaction received tremendous criticism from fans on social media.

(The above story first appeared on LatestLY on Sep 16, 2018 11:06 PM IST. For more news and updates on politics, world, sports, entertainment and lifestyle, log on to our website latestly.com).