Rana Daggubati Talks About Finding Love and Marriage Plans With Fiance Miheeka Bajaj, Says 'She Adores Me And It's Fun Having That Kind Of Attention On You' 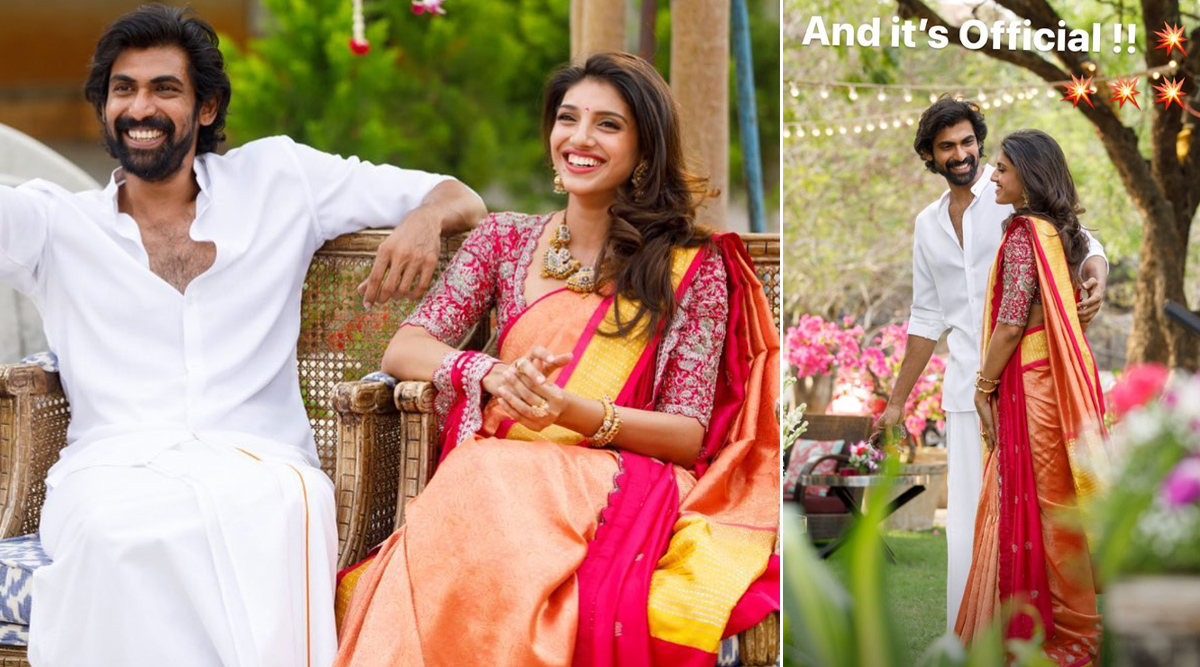 Rana Daggubati is all set to get hitched soon and it has certainly come as a surprise to many. The Baahubali star recently surprised everyone after he posted a picture with Miheeka Bajaj saying, "She Said Yes". The couple recently also made it official as their families met and even had their 'Roka' ceremony on May 20 in Hyderabad. Families, industry pals and fans, all have been showering Rana Daggubati and Miheeka Bajaj with congratulatory messages and the actor recently gave his first interview with Lakshmi Manchu as he spoke about his love story with fiance Miheeka. Rana Daggubati And Fiancée Miheeka Bajaj Look Their Happiest As Families Officially Finalise Pair's Engagement and Wedding Dates.

Revealing that he has known Miheeka since a long time, Rana said that he knew her because she was his sister Ashritha's classmate. The actor mentioned that the duo got in touch recently and took the marriage decision pre-lockdown. Speaking about how things progressed towards marriage, Daggubati said, "It's the first time I thought I will get married. That means she did something to me, right? I went with the flow. And when good things happen, you don't question why it did."

Whilst talking about his fiance, Rana had the sweetest thing to say that is sure to melt your heart. Daggubati was all smiles as he quipped, "She adores me and it's fun having that kind of attention on you."

Check Out the Interview Here:

Ever since pictures of the duo have hit the internet, Rana's fans have been eager to know how their love story happened. Giving details about the same, Rana said, "For me, after a certain age, it is all about commitment. And this is the first time I chose to commit. I felt Miheeka was the right person for me. It's the person and their attitude that makes you go ahead with the marriage. I found love and that's about it."Samantha Akkineni Shares A Pic On Insta From Rana Daggubati – Miheeka Bajaj’s Roka Ceremony And It Just Cannot Be Missed!

The actor also revealed that it was something his family had wanted for a long time and they were certainly surprised but extremely happy about his decision to tie the knot. Not just this, apart from his friends, the actor stated that his exes too seemed to be thrilled for him and gave him their blessings.