Soorarai Pottru Teaser: Suriya Seems to Be in His Best Form in This Inspiring True Story of a Man With an Extraordinary Dream (Watch Video) 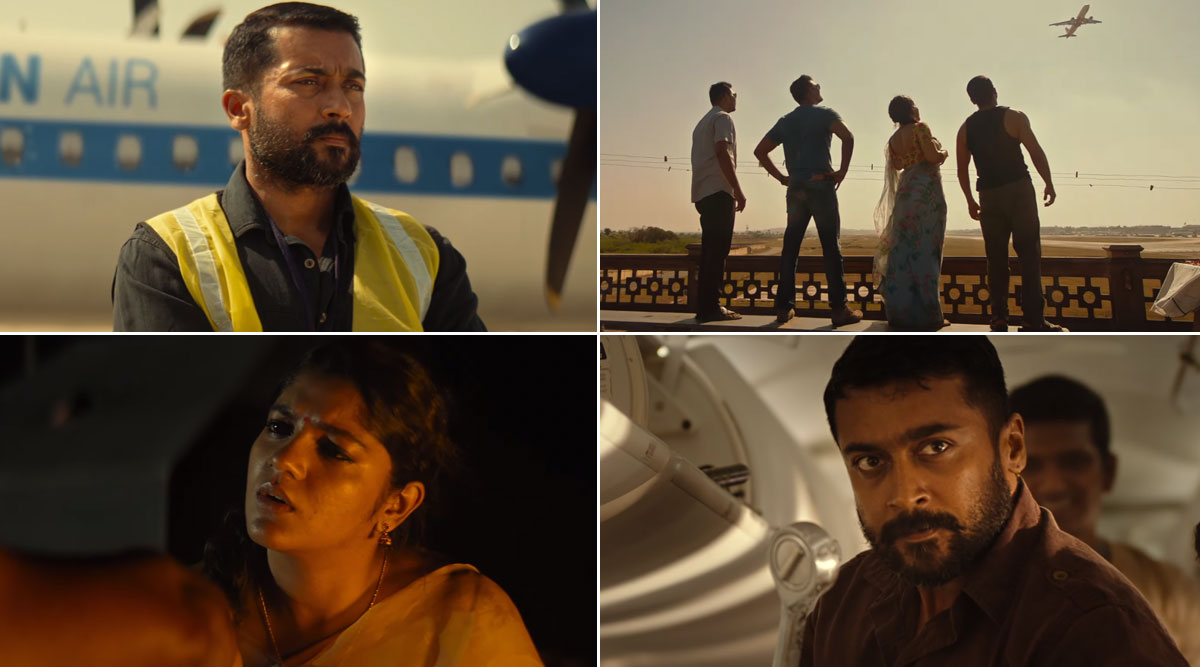 After teasing fans with first look and second look posters, the teaser of Suriya's upcoming film, Soorarai Pottru is finally here. The posters showcased that the film revolves around an ordinary man with an extraordinary dream and we can see it all clear now with the teaser. The film is based on the life of GR Gopinath who is the man behind India's first budget airline. The film stars Suriya in the lead role as Maaran, who dreams of making it big in the aviation business by starting a low-cost airline. Soorarai Pottru Second Look: Suriya Releases an Intense Second Look Poster, Teaser to be Out on January 7.

The film also stars Aparna Balamurali, Dr.M Mohan Babu, Paresh Rawal, Urvashi, Karunas, Vivek Prasanna, Krishna Kumar, Kaali Venkat in pivotal roles The teaser introduces us to Suriya's character who is determined when it comes to his dream and also a hot-headed personality. He's rearing to go in order to achieve his dreams and will not stop at anything irrespective of the obstacles. Suriya channels in his 'angry young man' avatar and leaves us thoroughly impressed with this teaser.

After his recent films, NGK and Kaappaan turned out to be slightly underwhelming, it looks like with this film, the actor is all set to rule once again. Fans of the superstar are going to be thrilled to see him in this angry-action mode.  Soorarai Pottru Poster: Suriya Teams Up With Saala Khadoos Director, the Actor Gazes Up at a Massive Aircraft in the Impressive First Look.

The film has been jointly produced by Suriya’s 2D Entertainment and Guneet Monga. Directed by Sudha Kongara of Saala Khadoos fame, the film is all set to hit the screens in Summer 2020.