Visu Passes Away At 74: Superstar Rajinikanth, Karthi, Radikaa Sarathkumar and Others Mourn the Death of Veteran Tamil Actor-Director 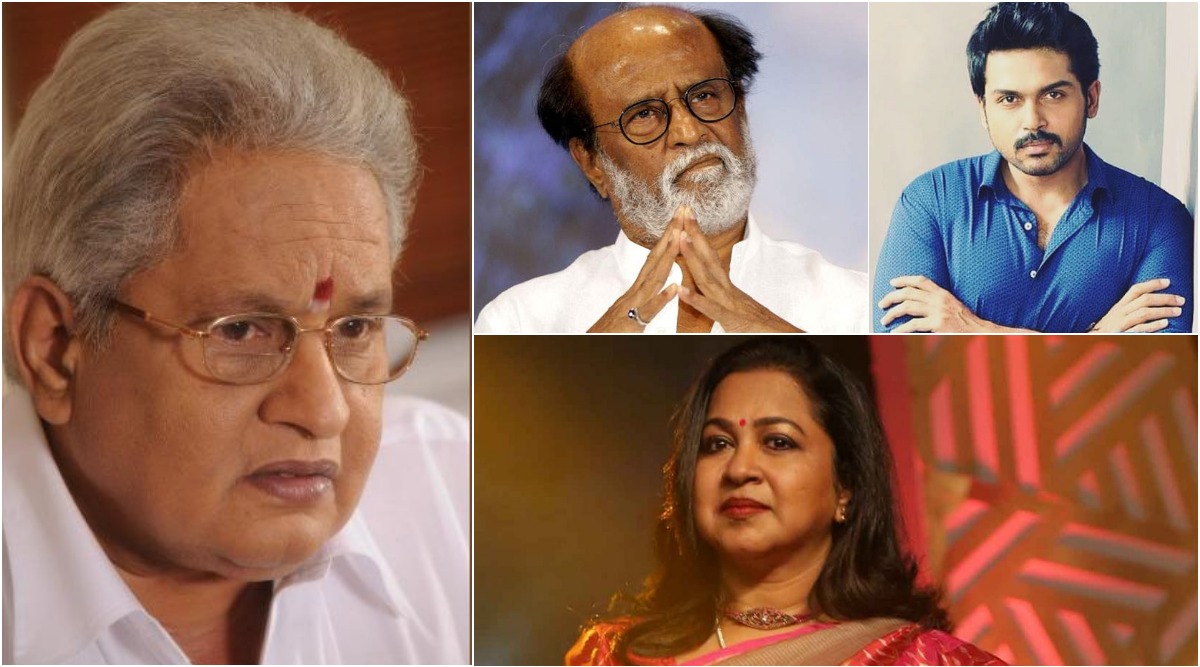 Meenakshisundaram Ramasamy Viswanthan, who is widely known as Visu, breathed his last on March 22. The veteran Tamil actor-director passed away at the age of 74 in Chennai, due to kidney failure. Before getting into acting and direction, Visu worked as a writer for several films. He first penned down the script for the movie Pattina Pravesam that released in 1977. It was in 1981 that Visu made his acting debut with a small role in the movie Thillu Mullu. In the same year he got to play the lead in the film Kudumbam Oru Kadambam. The following year he made his directorial debut with Kanmani Poonga. He was also the writer and the lead actor in this movie. Veteran Tamil Actor-Director Visu Passes Away At 74.

Visu’s demise is a huge loss for Tamil cinema. He was one of the most respected artistes of Kollywood. Notable actors of the Tamil film industry took to Twitter to offer condolence. It included superstar Rajinikanth, Karthi Sivakumar, Radikaa Sarathkumar, Vignesh Shivan, and many others. Let’s take a look tweets posted by celebs on Twitter.

Deepest condolences on the demise of legendary #Visu sir. He’ll always be remembered for his classic films / talk shows & the family values for which he stood by. As a strong administrator & a guiding force in many assn. his absence creates a huge void. We will miss you sir. pic.twitter.com/RlXqx7YTbu

RIP director and writer Visu sir, contribution to cinema and stage was immense. Our condolences to the family and key he rest in peace.

This legend has left us !

We miss you #Visu Sir. Your contributions through films, scripts, talk shows have been so valuable to our society. 🙏🙏🙏

A legend. One of my all time favourites . Just when we thought it can’t get worse, RIP Visu garu. #Visu pic.twitter.com/royrtrwVCV

Visu was also popular in the small screen industry. He was known for hosting live debate programmes such as the Visuvin Makkal Arangam and Arattai Arangam. Visu is survived by his wife Sundhari and three daughters - Lavanya, Sangeetha and Kalpana.