Aditya Narayan On Financial Crisis During Lockdown: I've Finished My Savings, Have Rs 18,000 Left In My Account

Aditya says, "So if I don’t start working by October, I would have no money." 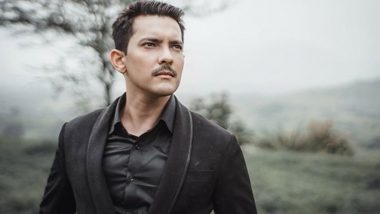 Singer Aditya Narayan recently revealed that he has been facing financial crisis during the COVID-19 lockdown. In a startling revelation, iconic singer Udit Narayan's son described his current situation and expressed worry about the lack of work. The actor-singer is also soon to get married to his Shaapit co-star Shweta Agarwal by November or December. However, currently, he is more concerned about his bank balance that has only Rs 18,000 left as told by him. Aditya Narayan To Marry His Shaapit Co-Star Shweta Agarwal By Year End.

In his chat with Bollywood Bubble, he said, "My whole savings are depleted. I’ve literally finished my savings. All the money I had invested in Mutual Funds, I had to withdraw all of that (to survive). Because nobody had planned that I wouldn’t be working for a year and yet chilling it out. Nobody plans it like that. Unless you’re like some billionaire. So there is no choice. Like I’ve Rs 18,000 left in my account. So if I don’t start working by October, I would have no money. I would have to sell off my bike or something. It’s really tough.

He added, "At the end of the day, you’ve to take some harsh calls. When you take those harsh calls, there will be a certain section of people who will say that this decision is incorrect."

He also revealed that he is all set to get married to his long-time girlfriend by the year end. He also stated how his wedding is now just a formality between them and hopes to get hitched soon.

(The above story first appeared on LatestLY on Oct 15, 2020 11:01 AM IST. For more news and updates on politics, world, sports, entertainment and lifestyle, log on to our website latestly.com).