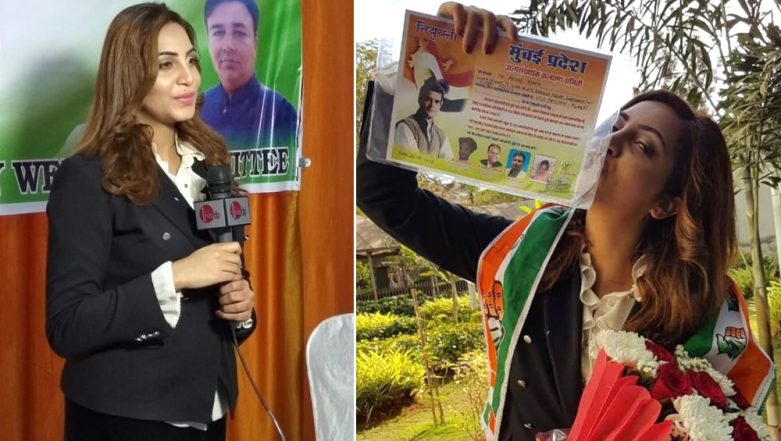 Bigg Boss 12 completed its run and still the contestants of Bigg Boss 11 can't stop making news for various reasons. Shilpa Shinde and Hina Khan have been constantly on the radar of social media with their statements and pictures. In fact, the winner of BB11, Shilpa is also known for her tweets and she also recently entered politics by joining Congress party. Following her footsteps, ex-contestant Arshi Khan too has joined the same political party. Bigg Boss Winner Shilpa Shinde Has a Fine Reply for Trolls Giving Her Rape Threats for Supporting Navjot Singh Sidhu.

She told India Forums, "Yes I am joining Congress as Vice President of Maharashtra, they have offered me a post that is the reason I said Yes. Also, the party needs youth people who are outspoken." On the other hand, she expressed how the current India-Pakistan tension is creating panic amongst the people. She further expressed her desire to do good for the country. Here are some of the pics that the model turned actress posted:

For those unaware, Arshi has been creating a stir with her controversial statements. She was the one who had claimed that she was in a relationship with Pakistani cricketer Shahid Afridi. She was also a sensation in the BB house and grabbed the eyeballs with her 'flirty gestures' towards actor/contestant, Hiten Tejwani.

Earlier, Shilpa had spoken about her entry into the political party saying, "The Congress party has run the country for ages. This is why I decided to join it. Today, the country is in dire need of change and only the Congress can bring about this change."

Now, that both the TV actresses have joined the same political party, fans are expecting a thing or two from them. What are your thoughts on Arshi's political stint?