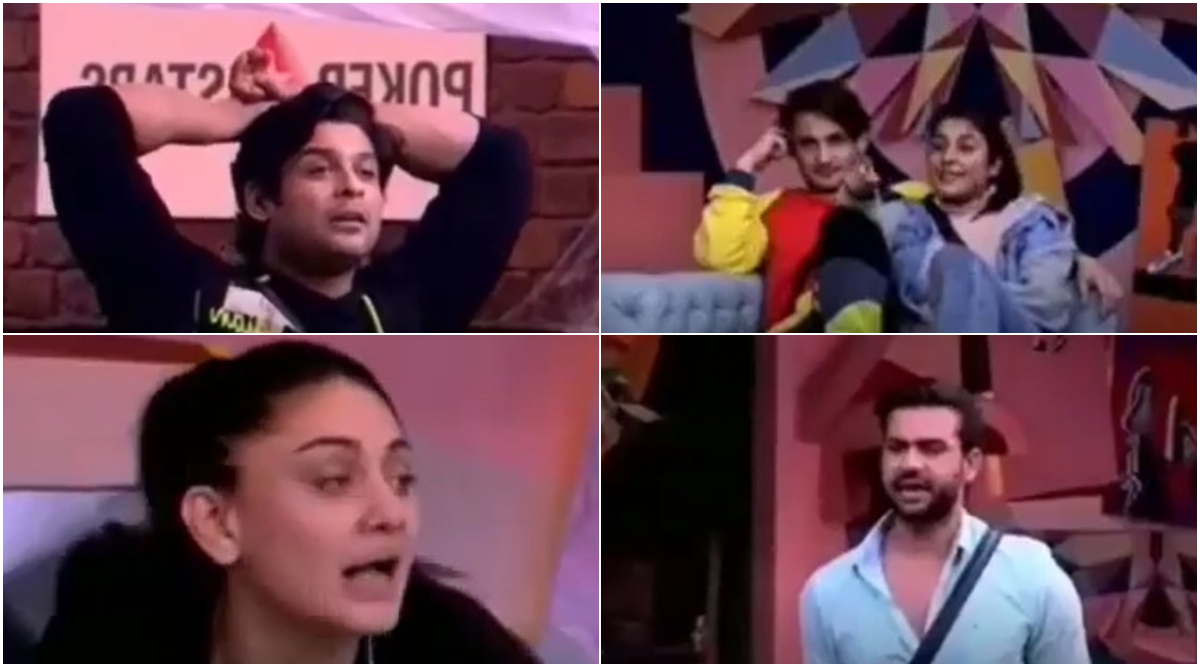 Wednesday (January 22) marked the nominations task in the Bigg Boss 13 house and we saw loads of bonds and equations changing. But amidst all the drama, Sidharth Shukla and Shehnaaz Gill became the only contestants to get safe from elimination this week, and the rest of the gharwale are nominated. Well, these are all the things which already you might have seen, now let's talk about what will happen on Thursday's episode? As going by the precap, it's going to be all about #SidNaaz and Vishal Aditya Singh. Read on. Bigg Boss 13: Former Winner Shilpa Shinde Slams the Makers for Being Biased Towards Sidharth Shukla, Wants Asim Riaz to Lift the Winner’s Trophy.

First things first, we get to see Shehnaaz Gill playing a captaincy task by favouring Rashami Desai and team. Well, this thing does not go down well with Sidharth and he accuses Shehnaaz to be flipper and a girl with no permanent side. This irks Sana and she violently pushes and charges up at Shukla. Cut straight to scene two of the precap, we see Vishal Aditya Singh as the sanchalak of the task wherein he takes a decision in favour of Shehnaaz and not Shefali Jariwala. Looks like Vishal did take a bad call and so Bigg Boss slams the lad and calls him the most confused sanchalak of the season. Oops! Bigg Boss 13: Sidharth Shukla Tells Shehnaaz Gill That ‘He Is a Virgin’ and the Latter Claims It’s a Lie (Watch Video).

Check Out The Preview Clip Below:

Well, we wonder how can Bigg Boss makers forget biased sanchalak, Shefali Jariwala when she had taken a decision in favour of Himanshi Khurana and against Sidharth Shukla during one of the initial captaincy tasks in the house. All in all, it seems like Thursday is going to be a task filled day inside the house. We wait for the show to air with bated breath. Stay tuned!