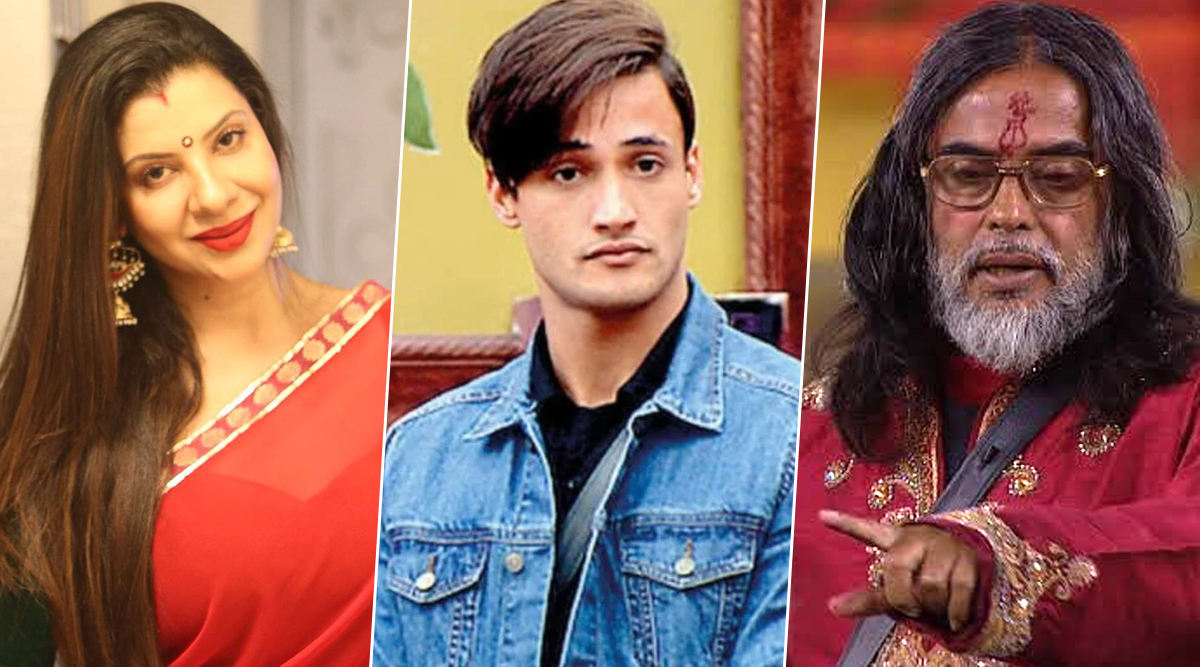 Swami Om, do you remember this Bigg Boss 10 contestant who had left no stone unturned to piss everyone off in his season? Well, he was the one who had thrown pee on Bani J. Yep, we bet now you understand who are we referring to. Just incase, you might think, why are we talking about Swami Om? It's because the sadhu just became part of Bigg Boss 13. Nah, he is not entering the show, but it's Asim Riaz who was compared to Swami Om, courtesy, ex Bigg Boss inmate Sambhavna Seth. Like really, girl? Bigg Boss 13: Asim Riaz's Pyaar Himanshi Khurana All Set To Re-Enter The Show As His Family (Deets Inside).

Taking to the micro-blogging site, Twitter, Seth who is team Sidharth Shukla slammed Asim and expressed that it's the Kashmiri model from the BB 13 house who can give a tough competition to Swami Om. The ex BB contestant tweeted the same post-Sidharth Shukla and Asim Riaz's brawl wherein both were seen flashing their aggressive sides. Bigg Boss 13: Asim Riaz Joins Hrithik Roshan in the List of 50 Sexiest Asian Men Around the Globe, Deets Inside!

With this, all we would say is it's okay to have a favourite, but comparing someone to a gross personality like Swami Om is not at all right. We hope this tweet reaches, Asim's brother, Umar and we want to see what he feels on Asim been linked with a sadhu. Meanwhile, on tonight's episode, Street Dancer 3D cast will be seen adding some laughter sparks in the house. Stay tuned!