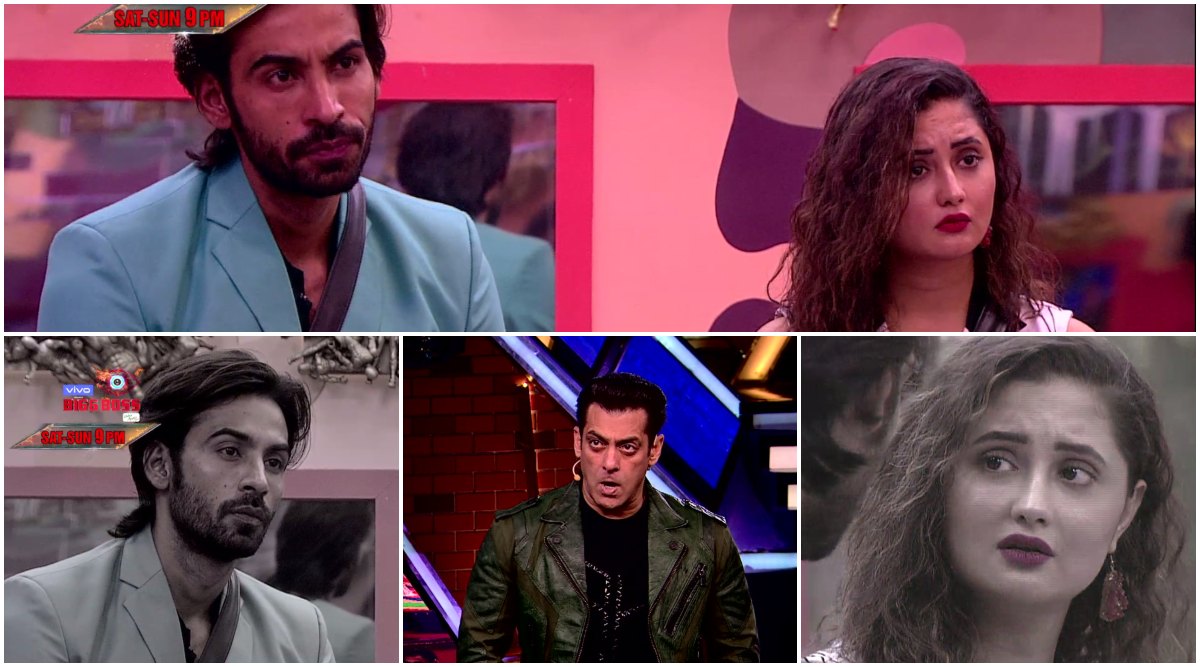 Thank you @BeingSalmanKhan Sir.🙏🏻I cant be grateful to you more than this.Thank you for letting her know the truth🙏🏻

Well, and Arhaan apparently has a history worth exposing. A Source told Pinkvilla, "Rashami trusts Arhaan completely and before she went inside for BB 13, she gave him full access to her bank accounts, house and almost everything else. While she has been inside, Arhaan has been misusing her money. He has literally been floundering Rashami's savings and has no account of what he's spending it on. Not just that, he started living at her house ever since she went inside. Now, after his re-entry, his family members have also started staying at Rashami's house. All this is happening while Rashami is completely clueless about it. Her close friends and family members are witnesses to the whole tamasha happening but their hands are tied." Bigg Boss 13 Preview: Arhaan Khan Almost Proposes to Rashami Desai, Vishal Aditya Singh’s Ex-Flame Madhurima Tuli Enters and Shefali Bagga Apologises to Shehnaaz Gill (Watch Video)

Salman has been informed about the same and he plans to take the matter seriously. "Salman knows Rashami for years now and like a well-wisher, wants her to know what Arhaan has been plotting behind her back. All this engagement and marriage proposals are nothing but a fake," said the source.

In tonight's episode, Salman Khan questions Arhaan about his family and when he does not answer the host's full question, he himself asks Rashami if Arhaan told her about his marriage and his child, which leaves Desai shocked and visibly disturbed. As per sources, Salman Khan berated Arhaan and then asked the housemates to not discuss the issue again inside the house. In fact, Salman went as far to even asking the housemates to inform Paras Chhabra that when he returns to the house, he should not discuss the topic. Ouch!! We feel terrible for Rashami Desai.