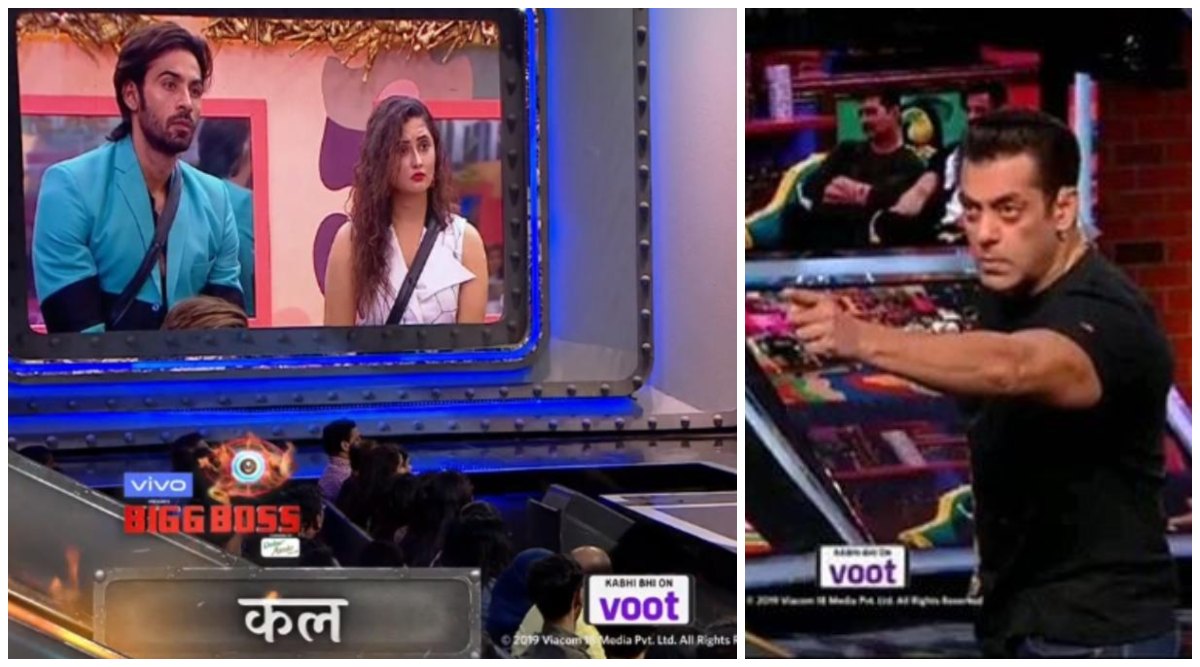 Bigg Boss 13 will soon witness yet another explosive Weekend Ka Vaar episode, but this one will truly be explosive to another level. This week's Bigg Boss was filled with loads of drama and tasks where 'being unfair' was the new rule of the sanchalaks, Devoleena Bhattacharjee made an exit from the show owing to her back injury, Paras Chhabra also made an exit from the show to undergo a finger surgery. And while rumours state that the duo will be back soon in the house, we'll also see Bigg Boss 11 mastermind Vikas Gupta enter the house soon. Bigg Boss 13 Day 63 Highlights: Rashami Desai Suffers A Hairline Fracture During The Luxury Budget Task And Demands To Leave The Show

In tonight's episode, we saw how Bigg Boss introduced the luxury budget task and how that too turned into a battleground between Shehnaaz Gill, Shefali Jariwala, Rashami Desai and Mahira Sharma. The episode also saw how Asim and Rashami ended up injuring themselves, the latter having suffered a hairline fracture. Rashami demands that Bigg Boss take strict action against Shehnaaz or let her walk out of the house, to which Bigg Boss asks her to put her grievances in front of Salman Khan in the next episode.

However, Rashami will be in for a rather rude shock in the next episode of the show, where Salman Khan will unleash hell on her 'to-be' fiance Arhaan Khan. From what we saw in the preview, Salman Khan gets angry at Arhaan and tells him that because he (Arhaan) is so interested in gossiping about the happenings of the outside world inside the house, he (Salman Khan) will now make some revelations. Bigg Boss 13: The Real Reason Behind Paras Chhabra's Exit From The Show (Deets Inside)

Salman tells Rashami that he is doing this for her as he has known her for the longest time and asks Arhaan about his family members and when Arhaan stops at Parents and siblings, Salman asks him if he told Rashami about his marriage. And when a clueless Rashami looks on, Salman Khan asks Arhaan if he told Rashami about his child, while the helpless lady looks on. WHAAAT??? Quite the shocker haa! Bigg Boss 13 Day 62 Synopsis: Shehnaaz Gill Confesses Her Love For Paras Chhabra on His Sudden Exit

Salman also slams the housemates for their repeated acts of violence and intent of showing off physical power. The frustrated host also tells the housemates that they should actually fight and get it over with... once and for all.