Bigg Boss 14: Mishal Raheja Reveals He Was Offered Salman Khan's Controversial Reality Show, Says 'I Don't Think I Am Cut Out For It'

Mishal Raheja, in a recent conversation with an online portal, refuted the rumours and said that he is not cut out for a show like Bigg Boss. 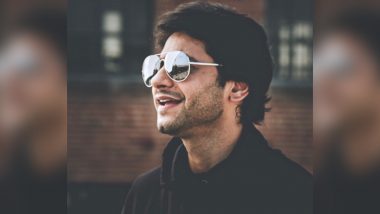 And now, joining the 'not doing Bigg Boss' pile of names from the above list is Mishal Rajeha. The actor, in a recent conversation with TOI, refuted the rumours and said that he is not cut out for a show like Bigg Boss. Bigg Boss 14 Lockdown Edition: Salman Khan Won't Pick Contestants With International Travel History For This Season (Details).

Explaining how his non-violent nature will get him thrown out of the show in few weeks, Mishal went on to say, "It’s a fabulous show, but I don’t think I am cut out for it. No 'Bigg Boss' for me, I’m my own boss! On a serious note, I’m an introvert and I don’t like fighting. I’m more of a peaceful guy; if I see a fight, I will walk away from the room. The audience won’t enjoy my work and they’ll be like... throw this guy out in two weeks!"

However, he did confirm that he was approached for the show. "They did call me in February, but I was busy shooting then, which I conveyed to them. I’ve not had a meeting with them recently," Mishal concluded.

(The above story first appeared on LatestLY on Jul 28, 2020 11:47 AM IST. For more news and updates on politics, world, sports, entertainment and lifestyle, log on to our website latestly.com).