Chiwetel Ejiofor is joining the cast of Charlize Theron-fronted Netflix's action film The Old Guard. The film, to be directed by Gina Prince-Bythewood 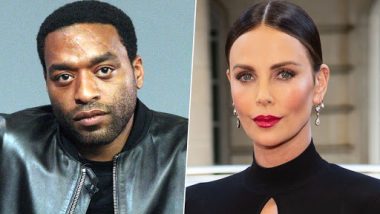 Los Angeles, Jun 22: Actor Chiwetel Ejiofor is joining the cast of Charlize Theron-fronted Netflix's action film The Old Guard. The film, to be directed by Gina Prince-Bythewood, is based on the comic book series by Greg Rucka and illustrator Leandro Fernandez, reported Deadline. The Old Guard focuses on a small group of immortal soldiers who have been working as mercenaries for centuries. But the group, led by a woman named Andy, get a shock when they find a new immortal woman, not long after they discover an evil group has video evidence of their immortality. Rosamund Pike to Co-Produce and Star in Amazon’s ‘Wheel of Time’ Adaptation Series

Prince-Bythewood has also adapted the script along with Rucka. Eiza Gonzalez Joins Peter Dinklage and Rosamund Pike’s Thriller I Care A Lot

The project will be produced by David Ellison, Dana Goldberg and Don Granger for Skydance; Marc Evans; and Theron, Beth Kono and AJ Dix for Denver and Delilah. Ejiofor, 41, is currently looking forward to the release of Disney's live-action remake of The Lion King.