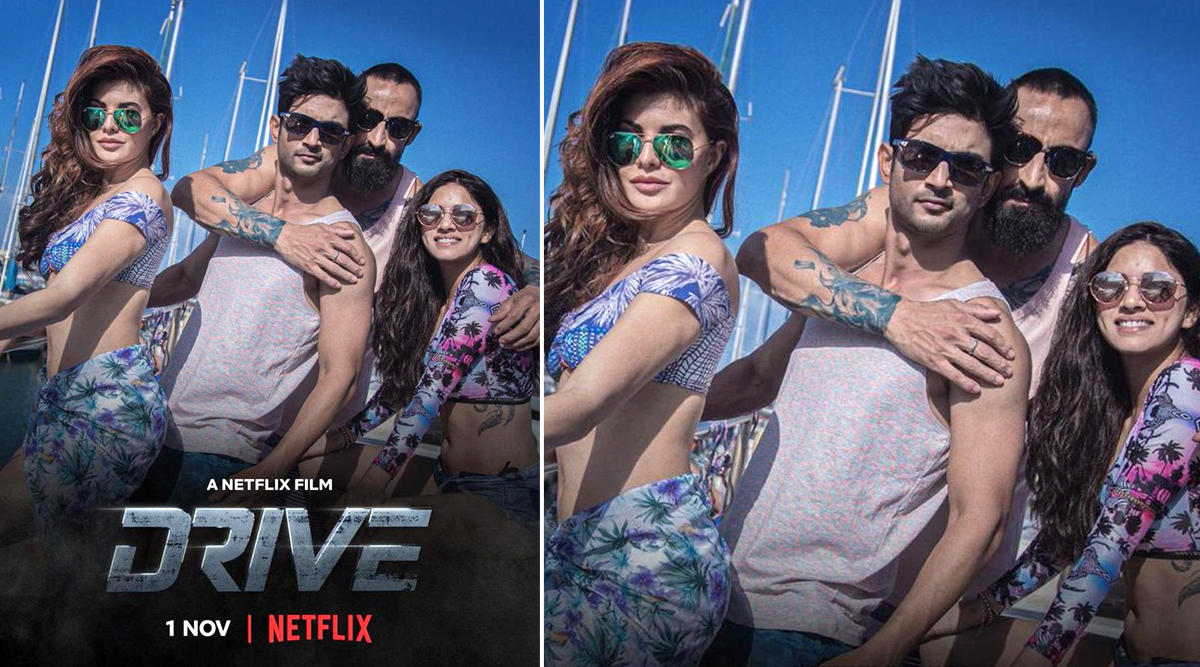 Actor Sushant Singh Rajput and Jacqueline Fernandes starrer heist film Drive will release on November 1 on digital platform Netflix. The streaming portal announced the launch date for Drive on Friday. It is directed by Tarun Mansukhani and produced by Dharma Productions. Sushant Singh Rajput and Jacqueline Fernandez’ Drive Song Makhna to Release on October 3, Here Is the First Still

The film's first song "Makhna" was launched on Friday, it has been shot in the beautiful locales of Israel. The film also stars Boman Irani, Pankaj Tripathi, and Vibha Chibber. Drive on Netflix: Jacqueline Fernandez and Sushant Singh Rajput Look Hot Chilling on a Yacht in This New Pic

Eyes on the road, hands on the wheel & all ears on #Makhna!🔊

In an interview with IANS earlier, Sushant had said: "When you are going to watch the film, you would not know what is going to happen next." This is the first time Sushant and Jacqueline will be seen sharing screen space together.