Karan Singh Grover: ‘I Started My Career on Television with Ekta and Now I’m Making My Digital Debut With Her Too’ 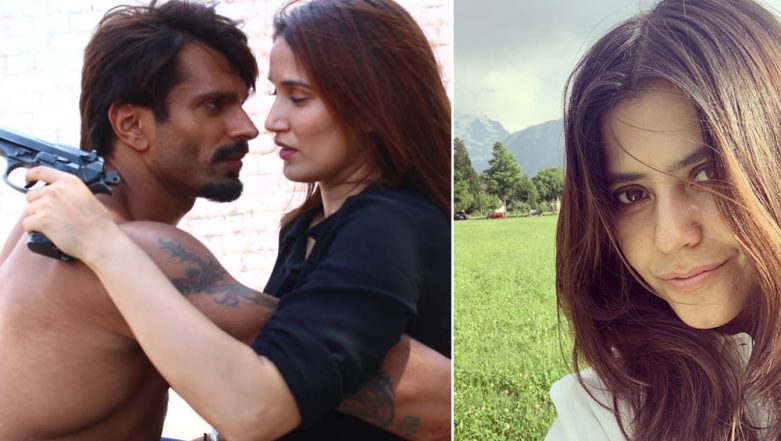 Karan Singh Grover and Sagarika Ghatge, both will be seen making their digital debut with ALTBalaji’s next web series BOSS – Baap of Special Services. The show is a mystery thriller which promises to keep the audience glued to it with all of its suspense. And we say so after having watched the trailer. BOSS is the story of Sudhir Kohli (Karan Singh Grover), an undercover cop who is a specialist in solving homicide cases or cases where criminals often go undetected. However, his partner, ACP Sakshi Ranjan from the Special Crime Branch gets onto him after finding him suspicious and that’s when it is revealed that Sudhir is way more mysterious than anybody thought him to be. BOSS – Baap of Special Services Promo Review: This Karan Singh Grover – Sagarika Ghatge Thriller Is Slick and Engaging!

While expectations are high from both Karan and Sagarika after the trailer was released, what makes the audience look forward to the show is the fact that their’s (Karan-Sagarika) is a fresh pairing and do we even need to mention that the on-screen couple looks amazing together?

Ask Karan Singh Grover about BOSS and he quips, “I am delighted to be making my digital debut with ALTBalaji. I started my career on Television with Ekta and now I’m making my digital debut with her too. I’m looking forward to doing more work with her. I loved playing this character and the actors I worked with are a bunch of remarkably talented actors.” Karan is also joined by his real life best friend Ayaz Khan in the show. Karan Singh Grover and Sagarika Ghatge Look Badass In This New Poster of ALTBalaji’s BOSS – Baap of Special Services!

Echoing Karan’s feelings, Sagarika also adds, “I am really excited to be a part of BOSS. The character of a cop has always fascinated me and I really wanted to play something like this. I am glad that I got the chance to live this character and really thankful to ALTBalaji and Ekta Kapoor for giving me such a strong role to portray. I hope my fans will love me in this role.”

Karan and Sagarika will be joined by an ensemble cast of actors which includes Gaurav Gera, Ayaz Khan, Tarun Mahilani and Dalljiet Kaur among others. The show that was initially all set to stream from July 25, 2019 onwards, has been pushed back and will go on air from August 2, 2019.