Karanvir Bohra Will Not Apologize For Sharing 'Ramayan' Meme, Says He Did Not Disrespect Gods 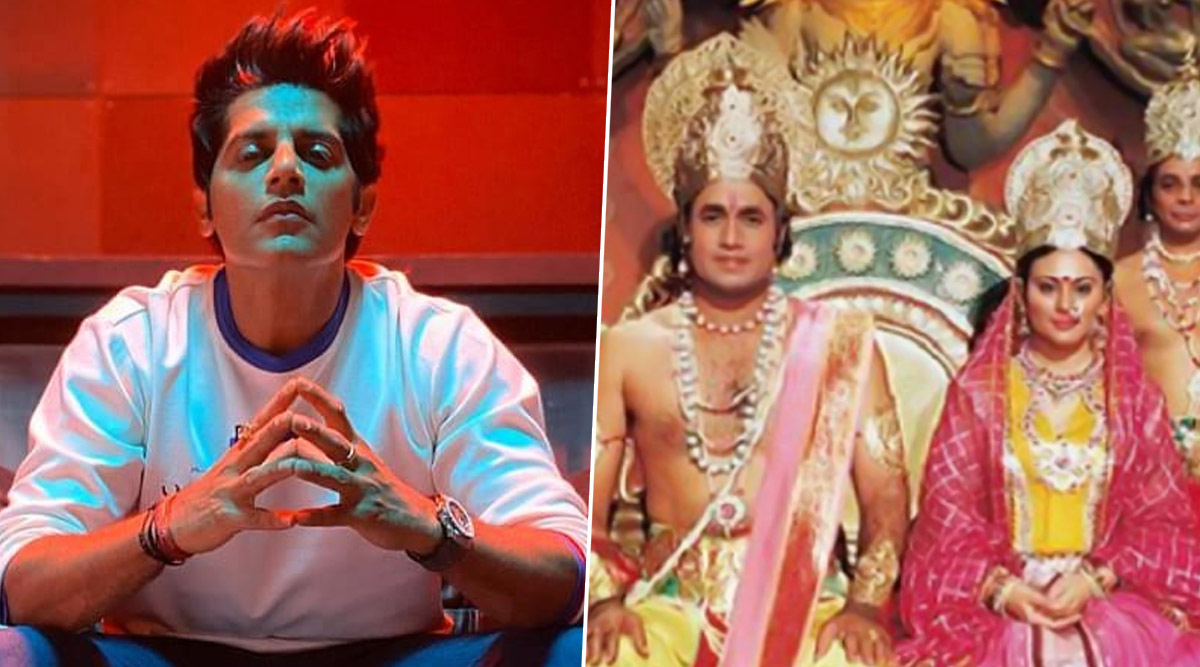 Doordarshan's decision to get the Ramayan re-telecast in place has turned out to be their best one till date. The entire cast of this Ramanand Sagar's TV mythological serial has been re-gaining mass popularity from the new audience. The netizens praised the episodes, actors as well scenes during the telecast. Memes and jokes too made way to the social media platforms. Recently, TV actor Karanvir Bohra too posted a meme and a caption, for which he was trolled by some social media users. However, the actor has now stated that he won't apologize for it as he did not disrespect the gods. Karanvir Bohra Donates 1000 Face Shield Masks To Police Personnel Manning The City Amid COVID-19 Lockdown (View Pics).

The Shararat actor shared the meme that went viral a few days ago. In this meme, a war scene is shown with the Loveyatri song, "Chogada" pasted on it. It was a sort of a dig at an actor in the extras who seemed like 'dancing' on the battle field. Karanvir Bohra Steps Up To Feed The Poor and Needy, Distributes Hot Home-Cooked Food (Deets Inside).

I had to post this 🤣🤣🤣🤣 and we used to think, what an epic war they created, just like @gameofthrones

The TV star had written in his caption, "Back in the day, we thought Ramayan and its portrayal of war were brilliant because we didn’t know anything better." He has now reacted to the backlash saying, "I didn’t disrespect the gods because I’m a devout Hindu and a very spiritual being, thanks to my upbringing. The meme was about an extra who was dancing instead of engaging in the war," as quoted by Hindustan Times.

Meanwhile, there are many other memes going viral on the internet based on this serial. The popularity of the TV serial made it one of the top trends for weeks now.