Kasautii Zindagii Kay 2 Actor Sahil Anand Opens Up On SOTY 2 Cameo; Says ‘Being an Outsider Comes in The Way of Films’ Success’ 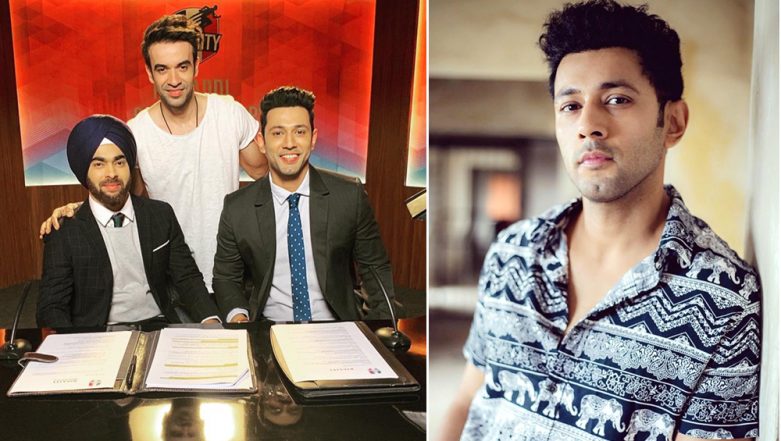 Actor Sahil Anand, who is currently winning hearts in Kasautii Zindagii Kay 2, has had quite the journey. He started his career as a participant in MTV Roadies 4 and went on to do MTV Splitsvilla and Bigg Boss 10. As for fiction shows he has been a part of shows Rang Badalti Odhni and Sasural Simar Ka among others. He also has films like Hai Apna Dil Toh Aawara, Babloo Happy Hai, Love Day and Student of The Year. And he recently made a cameo appearance in Student of The Year 2. Ask him on how it was returning to the Punit Malhotra set, he reveals, “I had a special appearance in it. The experience was very good because Punit Malhotra is just like a friend and I was so comfortable working with him.” 'Kasautii Zindagii Kay 2 Has Brought Me Back In The Limelight' - Sahil Anand

He added, “I was nervous because I was going to be a part of a Dharma film after a long time, but Punit was very chilled out as a director and I really enjoyed working with him.”

Ask him why his Bollywood film opportunities dwindled over time and the actor unabashedly reveals, “I did Student of the year, Hai Apna Dil to Awara, Babloo Happy Hai, Love Day and many more films as the lead actor, but what I saw is that if it's not a big banner or a big production house, your movies just come and go. The reason is that somewhere or the other, being an outsider comes in the way when you are in the movies.” Student of the Year 2 Box Office Collection Day 11: Tiger Shroff, Ananya Panday and Tara Sutaria&#8217;s College Drama Witnesses a Sharp Dip in its Collection on Second Monday

He continued, “So be it a production house, the distributors, or the theatre people, when a movie is coming and they don't see a big name or big people backing the project, they don't give it a good number of shows or good timings, two of the basic things that a movie needs to work.”

“People who go to the movie theatre, always prefer good shows which are feasible for people, for the working class, kids and students. If a movie gets 1 or 2 shows in some of the theatres, however good it be, the movie will not be viewed by the majority of people. For instance, if you see the critic reviews of my movies Hai Apna Dil Toh Awara or Babloo Happy Hai, it's not below 3.0. Some people have also given Babloo Happy Hai 4.5 stars also. Hai Apna Dil Toh Awara is now on Amazon Prime. So if these big channels are taking my movies you can understand they are good movies but the reasons are unknown as to why they don't get released well.”

What does the actor have to say about balancing his film and TV career and if they clash? “No, I was doing TV before and then I switched on to Bollywood. I am working on a web series, doing films and currently doing Kasautii Zindagii Kay 2 on TV. I feel that you just need to be a good actor and everything else will just follow. Be positive and confident about your work and everything will happen,” the actor concludes.